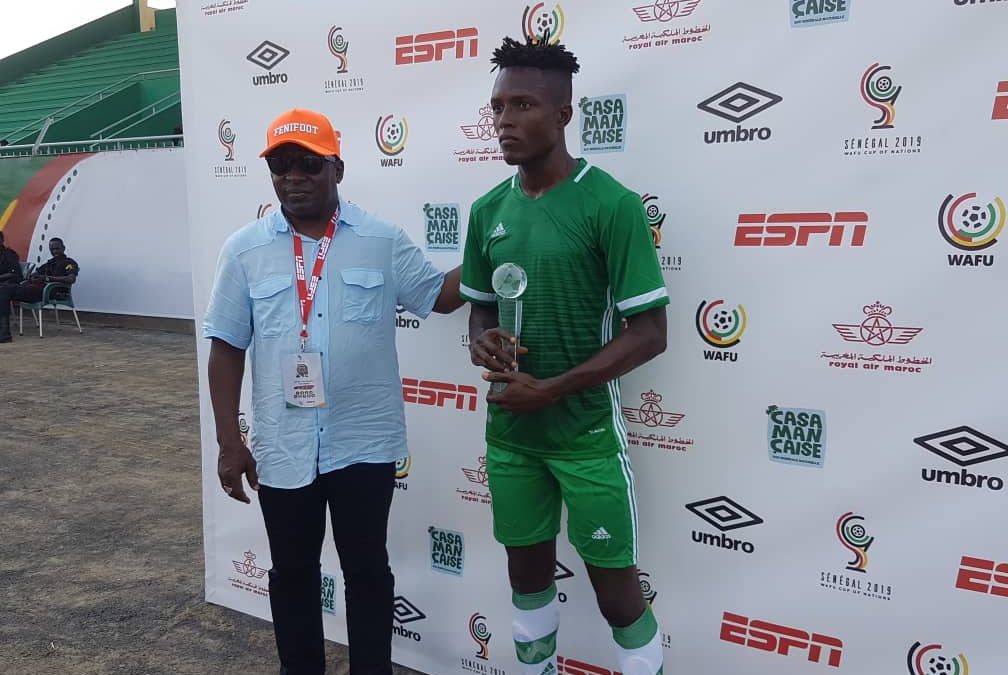 The Sierra Leone National home based team has defeated the Lone Stars of Liberia by 1-0 in the match No. 4 of the WAFU 2019 Cup of Nations in Senegal, Dakar.

This victory today has enabled Leone Stars to make historic progress to the quarterfinals of the prestigious West African Nations tournament, waiting to face the winner in the match between Mali and Niger which will play later today.

The Sierra Leone-Liberia match had played for 70 minutes yesterday with Sierra Leone in a 1-0 lead before the incident of power shortage which led to the match being abandoned.

Today’s continuation play match for the remaining 20 minutes as stipulated by the governing body regulation resulted in a 0-0 score, automatically qualifying Sierra Leone to the next stage of the competition.