Sierra Leone lose to Mali in WAFU U20 Semi-Final 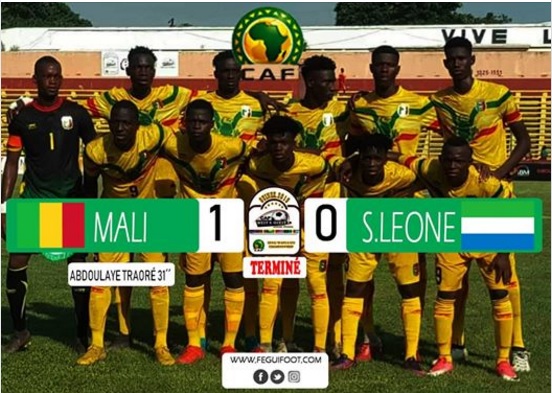 Shooting Stars lost a closely fought encounter against Mali in the Semi-Finals of the WAFU U20 Competition in Conakry.

The only goal came in the 31st minute of the first half, a crisp volley from the edge of the penalty area by Mali’s Abdoulaye Traore. Shooting Stars rallied in the second half and were unlucky not to score in several instances.

Mali will go on to face Senegal in the Final re-scheduled to Saturday 7th December. Senegal had come through with a 4 – 2 defeat of Gambia with penalties after extra time.

Shooting Stars will face Gambia for the 3rd/4th place.

It remains to be seen if Shooting Stars Suffian Kalokoh will remain the highest goal-scorer in the competition with 5 goals so far.

Team Sheet for the match;