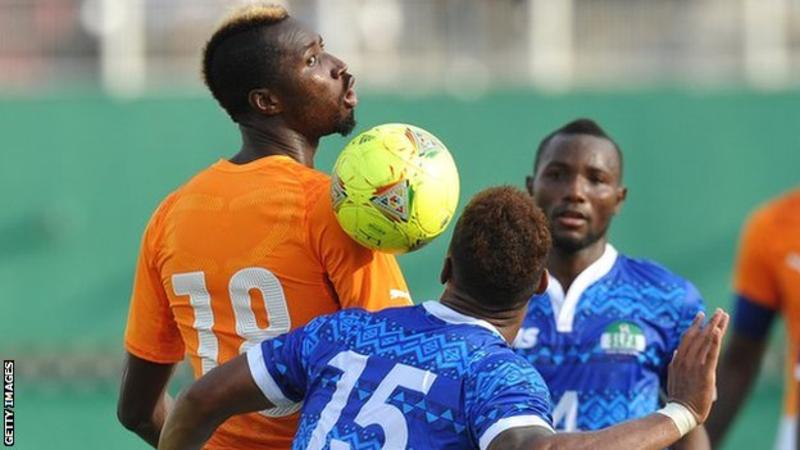 Sierra Leone have set up a week-long training camp in Accra, Ghana to avoid pressure from home fans as they prepare for their 2017 African Cup of Nations qualifier against Ivory Coast.

The group I match will take place in Ivorian city of Bouake on 3rd September and Sierra Leone need to win to qualify for the tournament for the first time in 20 years.

Ivory Coast need only a draw to secure the chance to defend their title in January’s finals in Gabon.

“We are taking the team to Accra to reduce the pressure and tension from the fans at home who would like to see the team succeed in the historical match,” said the Leone Stars coach Sellas Tetteh.

“In the process we’ll create a conducive atmosphere for the boys to concentrate on the task ahead.

“This is a very important match for the country and for the team of young players who have never played in the Afcon finals.

“We are going to do our best and come out of the match with our heads raised up.

The 16 home-based players in the 30-man provisional squad selected by coach Tetteh are already in Accra and are expected to play several warm-up games against Ghanaian top-flight league clubs.

They will be joined in Accra by 14 foreign-based players, including  former Celtic forward Mohamed Bangura, who currently plays in China.

Defender Gibril Sankoh, who is also based in China, returns to the squad after a four-year absence.