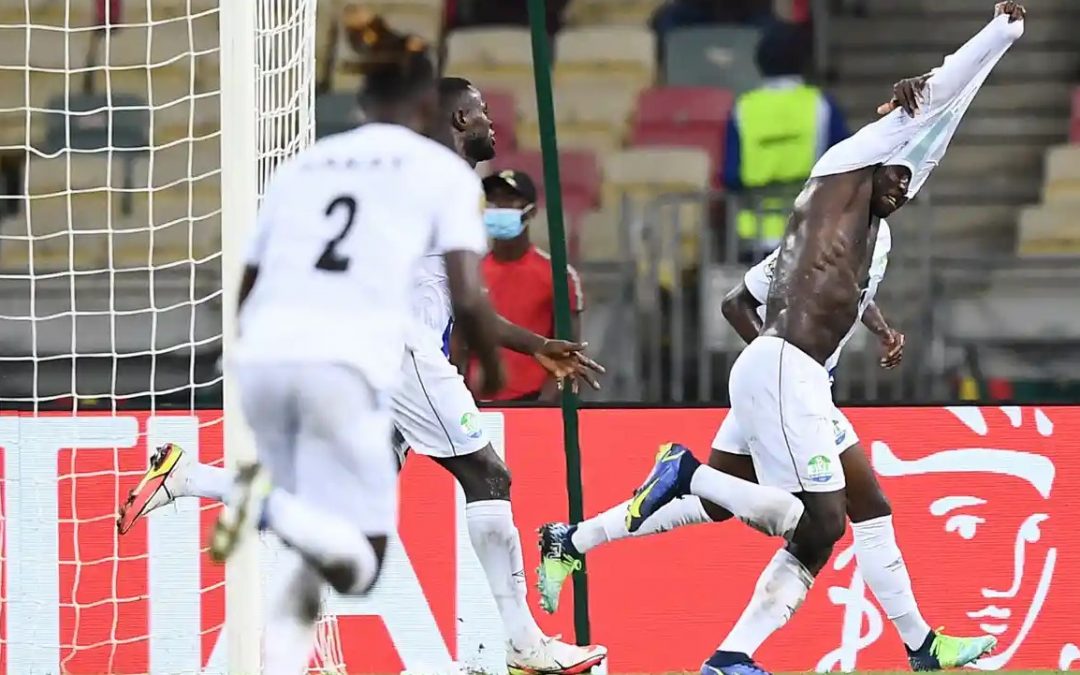 Denmark based Alhaji Kamara scored in injury time to give Sierra Leone a 2-2 draw against Ivory Coast in Douala in a group E match of the ongoing African cup of Nations in Cameroon.

Ivory Coast took the lead in the first half through the Ajax Amsterdam forward Sebastien Haller after their midfielder Franck Kessie missed a penalty.

Franck Kessie who plays for AC Milan stepped up to take a penalty in the 12th minute after the Leone Stars skipper Umaru ‘Zingalay’ Bangura fouled Wifried Zaha in the box.

His penalty was blocked by the Sierra Leone goalie Mohamed Nbalie Kamara and he also shot wide from the box two minutes later.

After enjoying lots of possession of the ball Haller made no mistake in the 25th minute when he fired just inside the box after receiving a fine pass from the Crystal Palace forward Wifried Zaha.

The Ivorians continued to dominate play but Leone Stars should have equalised seven minutes to the break when China based Mohamed Buya Turay came face to face with the advancing Ivorian goalie Ali Badra Sangare but failed to beat him.

Leone Stars improved their performance in the second half, also largely dominated by The Elephants. Musa Noah Kamara hits a powerful left-footed volley shot into the net in the 55th minute

Ten minutes later Nicolas Pepe curled into the bottom corner to give Ivory Coast a 2-1 lead after  goalie N’balie had made a fine save six minute before.

The clock was ticking as everything was going in The Elephants’ way until their goalkeeper Sangare gifted a ball to Steven Caulker as he tried to stop the ball going out for a corner.

Caulker found Alhaji Kamara to finish off the move from a close range.

Sangare got injured and had to be taken off as his side finished the match with ten men having already exhausted their substitutions with skipper Serge Aurier in goal.

Ivory Coast remain top of the group with four points ahead of Equatorial Guinea who are second with three points. Sierra Leone are now in third place with two points while defending champions Algeria sit in the bottom with just a point.

The last group games take place simultaneously on Thursday. Sierra Leone lock horns with Equatorial Guinea in Limbe while Algeria battle it out with Ivory Coast in Douala.