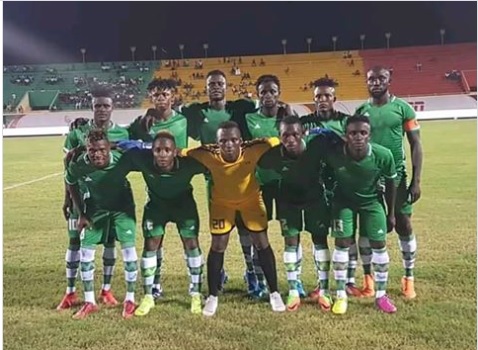 Sierra Leone coach Sellas Tetteh has named a 24-man home-based squad to start preparing for their 2021 Africa Cup of Nations qualifying matches against Lesotho and Benin next month.

All 21 players that represented Sierra Leone at the just-concluded West African Football Union (Wafu) Cup in Senegal are in the squad including Suffian Kolokoh who scored the only goal against Liberia to take Sierra Leone to the quarter-finals.

The Leone Stars will start off their Group L campaign with a contest against Lesotho which will be played in an empty stadium in Freetown on 13 November after Fifa ordered them to play the match behind closed doors following their World Cup qualifier against Liberia last month.

Sierra Leone will then travel to Cotonou to face the Squirrels of Benin a few days later.

The 49-year-old’s first task will be to prepare the Shooting Stars for the West African Football Union (Wafu) Under-20 tournament in Guinea next month.

This is Kamara’s second appointment as a national team coach following a spell in charge of the home-based Sierra Leone side in 2017.

“I’m happy for the appointment and I’ll ensure that I give out my best to produce good results for the team,” Kamara told BBC Sport.

“I want to thank the Sierra Leone Football Association for the confidence placed in me.”

He will be assisted by two other Sierra Leonean internationals, Francis Koroma and Hassan Sesay.

Meanwhile, another local coach, Abdulai Bah, has been appointed as the head coach of the Sierra Leone women’s team.

They will act as hosts for December’s Wafu Zone A tournament.