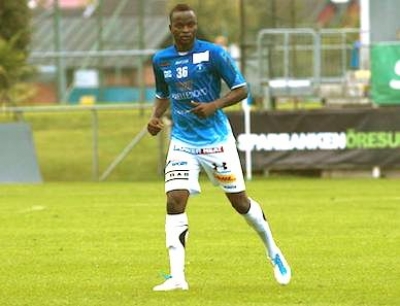 Sierra Leone defender David Simbo has made his long awaited debut in the Belarusian top flight league as he played for FK Krumkachi Minsk against Gorodeya on Saturday.

The 26-year old, who can also operate in the midfield played full time but his side were unfortunate to lose the game at home 1-0.

He was on the bench for several games before he featured in the Krumkachi’s sixth league game of the season.

Simbo was looking forward to make his league debut and he’s now hoping to be playing regularly.

The former Mighty Blackpool player joined Krumkachi in March as a free agent after he parted company with Saudi Arabian club Najran.