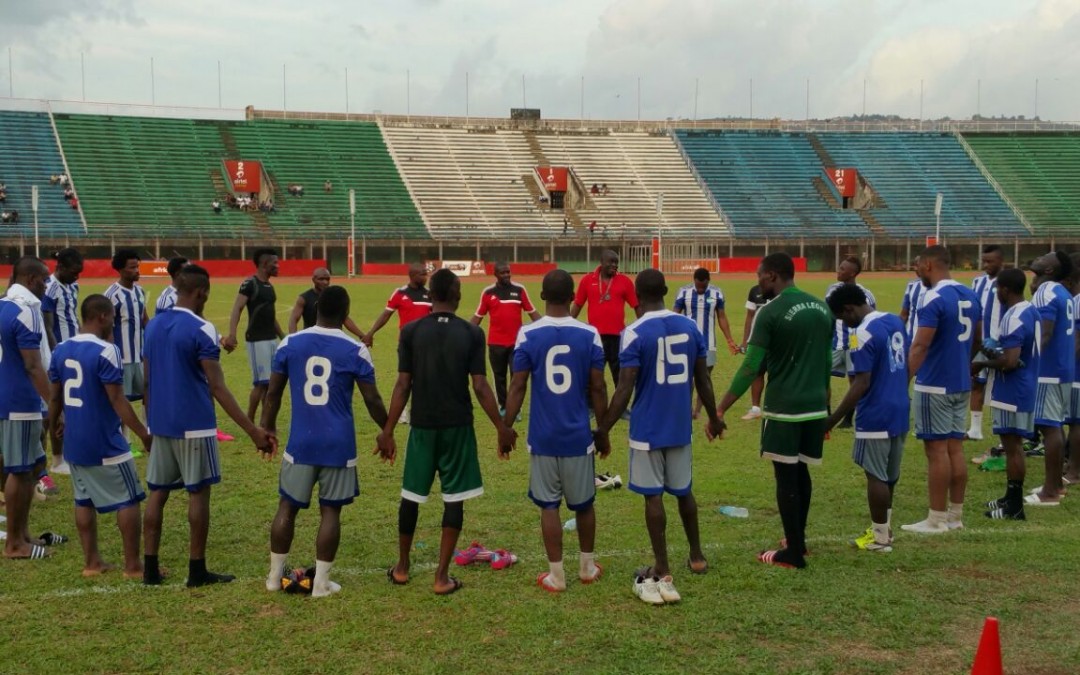 Leone Stars players praying to mark the end of one of their training sessions (Photo Credit: Mohamed Fajah Barrie)

Leone Stars captain Umaru ‘Zingalay’ Bangura has assured Sierra Leoneans that they would defeat Sudan when the two teams meet in a 2017 Africa Cup of Nations (AFCON) group I qualifier in Freetown on Saturday.

Sierra Leone need to get victories against Sudan and Ivory Coast in their last match of the qualifers if they are to qualify for January’s finals to be staged in Gabon.

“We need to win at all costs,” Bangura told Sierra Leone Football.com.

“I want to assure Sierra Leoneans that we’ll defeat Sudan.”

“And that’s why we are calling on them to show up at the stadium in thousands to support us.”

“We’ll not let them down. We’ll make sure that they return home with smiles on their faces.”

Bangura is among 14 foreign based players currently in Freetown for the crucial encounter.

They have already had several training sessions together with 10 home-based footballers under the control of Head coach Sellas Teteh and his assistant John Keister.

This is the largest foreign-based squad assembled by Leone Stars in recent times.

Bangura is happy about the provisional squad in camp at the Hill Valley hotel.

“I’m pleased with the squad and so far preparations on the pitch are going well.”

“This time round we have a large squad to select from and it’s good for us.

China based Mohamed ‘Poborsky’ Bangura who is among 15 foreign-based players invited is doubtful. 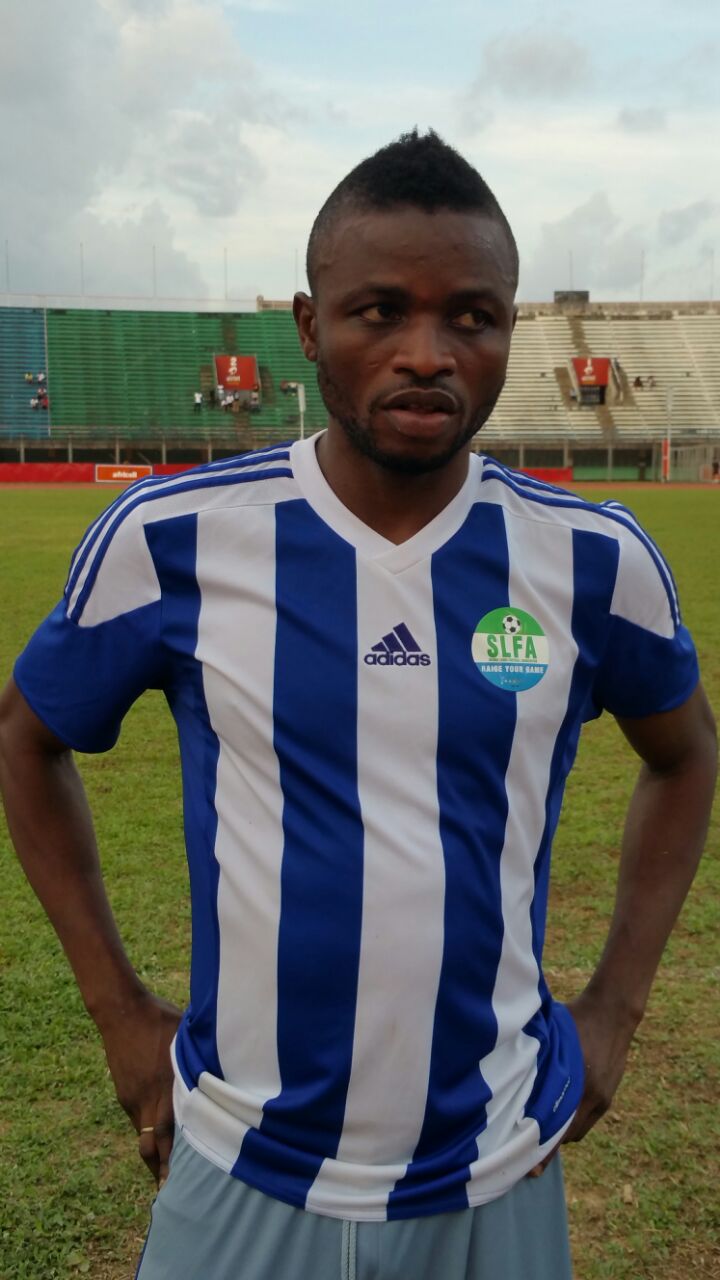