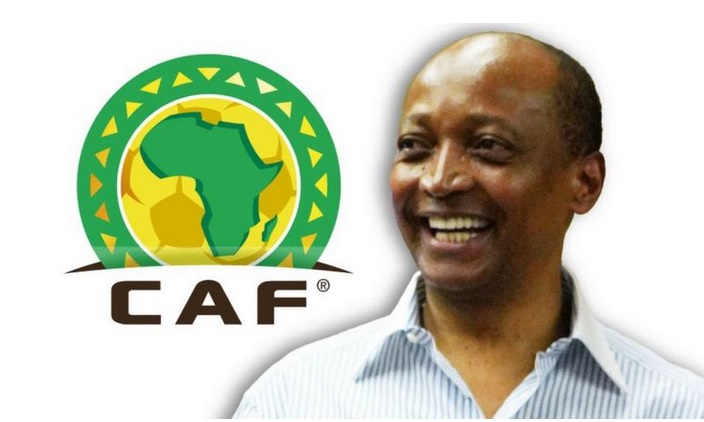 South Africa’s Patrice Motsepe has pledged to visit every single country in Africa in the next year after being elected unopposed as the new Confederation of African Football (Caf) president on Friday.

The 59-year-old’s path to the presidency was cleared over the last week when his rival candidates for the presidency withdrew from the race, while another rival – Madagascar’s Ahmad – was barred from running.

Addressing a gathering of Africa’s member associations at the elections venue in the Moroccan capital Rabat, Motsepe stressed his belief in how unity can herald a new era for African football, which has been mired in controversy in recent times.

“It’s a huge honour and privilege for me [to be Caf president],” said Motsepe, Africa’s ninth-richest person according to Forbes magazine.

“Let me thank my brother [Fifa president] Gianni [Infantino] for the vision and encouragement of unity. We can only deal with the challenges of Africa and we will succeed, but we will only do so when we are united.”

Motsepe then turned to Africa’s assembled member association presidents and Executive Committee as he looked towards a brighter future.

“I am absolutely confident that by working together, we will indeed succeed to make African football not just reach the summit but be amongst the best in the world.”

“I’ll be visiting every single country in Africa in the next 9-12 months because it is important to engage with you in your country, meet the private sector and political leadership and talk about implementation,” he added later.

Motsepe – who will be supported by his three onetime rivals Jacques Anouma (Ivory Coast), Augustin Senghor (Senegal) and Ahmed Yahya (Mauritania) in various advisory and vice-presidential roles – faces a host of challenges as he steers African football forward.

Following various corruption scandals, he is keen to improve the confederation’s governance and image – particularly the latter given his desire to bring in private sector investment to boost Caf’s precarious finances.

On Friday, the state of Caf’s financial fortunes were laid bare, with the African football body having suffered a drop in its cash reserves of $40m dollars – from $110m to $70m – between 2019 and 2020.

Given that Caf’s running costs have outweighed its income since 2017, with another deficit anticipated for the next financial year (albeit with the expected loss of $3.2m far less than the most recent annual deficit of $13.7m), Motsepe will need to bring his business acumen to the fore.

“The way to get yourself out of trouble is not to cut, because if you keep cutting you get to the bone and then you cut the bone, so the recognised strategy worldwide – in commerce – is to grow,” he said later on Friday. “And you grow by making your football and country attractive.”

Speaking at a press conference on Friday evening, Motsepe and his deputies were clear that addressing Caf’s ongoing losses was their principal priority – an aim which Motsepe hopes to achieve by seeing the reality on the ground in all Africa’s 54 member associations.

“I want to conclude by emphasising the urgency of getting things done because the success of the next six-nine months will lay the foundation for the medium-to-long-term success we require to make sure that African football is indeed globally successful and globally competitive.”

Motsepe, the owner of 2016 African champions Mamelodi Sundowns, one of South Africa’s most successful teams, also spoke of his desire to see an African team win the World Cup.

“We want our national teams to win and succeed,” he said. “Some of the meaningful results will take some time but it starts with investment in our youth and infrastructure.”

Improved infrastructure and financial self-sustainability were repeated themes for Motsepe on Friday, when he also highlighted his aims to improve Africa’s competitions, youth investments, women’s football, broadcasting rights and the general product overall.

“We know what we need to do to make sure people want to watch us and respect us – and it starts on the field of play.”

During the General Assembly, the 52 members present – with Chad, whose FA was dissolved by the government on Thursday, and Eritrea the only countries failing to attend – voted to expand the number of Caf vice-presidents from three to five.

Elections for both Caf’s Executive Committee and for Africa’s representation on the Fifa Council were also held on Friday.

Regarding Caf’s own Executive Committee, Kanizat Ibrahim of Comoros came in for the outgoing Johansen, while Cameroon’s Seidou Mbombo Njoya – who was only able to contest the ballot after a last-minute court ruling – replaced Chad’s Adoum Djibrine.

Elsewhere, Elvis Chetty of the Seychelles and Botswana’s Maclean Letshwiti were voted in for the southern zone, where South Africa’s Danny Jordaan and the Angolan Rui Eduardo Da Costa dropped out, while Tunisia’s Wadi Jari was elected unopposed in the northern zone.