The Story of the 2018/19 Sierra Leone Premier League 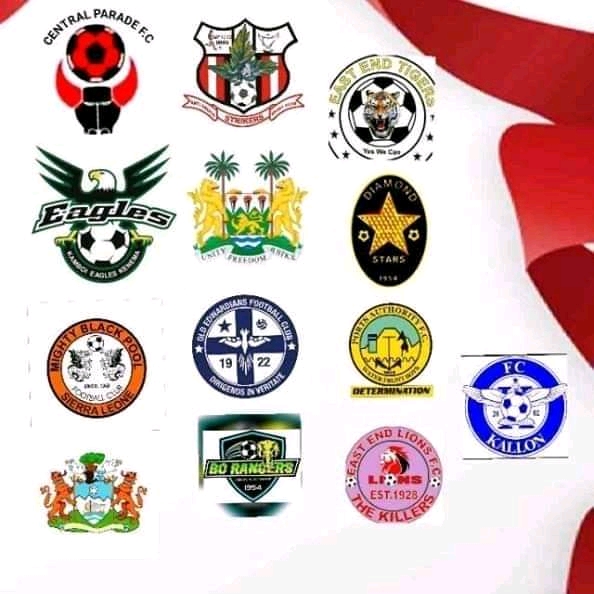 The task was daunting so much so that Sierra Leoneans already thought the PLB had failed before it started operations. Seeking sponsors was one key task the board had to first do in assuring game play.

In a land where the economic trends where falling, corporate houses thought otherwise about helping out. The Premier League Board thus in it’s initial stage struggled to find any sponsorship.

With a mandate of providing youth empowerment and employment in its “New  Direction” manifesto, the government of Sierra Leone stumped-up an initial two Billion Leones (Le 2,000,000,000) sponsorship to kick-start the Sierra Leone Premier League after an  almost (five year absence.

The resuscitation process was gradual as the premier league board had to put few modalities in place to catch up with international best standards, a few challenges were faced.

An initial fifty million Leones (Le 50,000,000) of the overall One hundred million Leones (Le 100,000,000) as seed money, was giving to each of the thirteen (13) participating clubs for preparation with exception of FC Johansen ( Madam Isha Johansen’s team) who opted out of participation due to what she highlighted as “the illegality of the league because the country was then facing a FIFA suspension”.

On 27th January, 2019, the Sierra Leone Premier League commenced with a game between rivals, Mighty Blackpool and East End Lions with an influx of fans from all over the country coming to witness the rebirth of Sierra Leone football. The president of the republic, H.E Rtd. Brigadier Julius Maada Bio and his cabinet ministers were all present to witness the euphoria and passion of Sierra Leoneans love for the beautiful game.

In a jam-packed Siaka Stevens Stadium, the President, H.E Bio gave his government’s full commitment to supporting youth empowerment with football, one of the primary aims of the New Direction.

Eventual champions, East End Lions, defeated Mighty Blackpool by one goal to nil in a match full with flair and an exuberance of talents the country’s footballers possess.

The President was touched and further increased the league’s sponsorship from the initial two billion Leones to three billion five hundred million Leones, creating jobs for over one thousand Sierra Leoneans.

The 2018/19 premier league league made history in many areas from pulling large crowds, huge financial returns for clubs, goal scoring manifestations ,the list goes on.

In a country where election hangover was all over the place after the 2018 presidential and parliamentary elections, there was no better moment to bring Sierra Leoneans together than football festivity which enhanced socio-economic development and further bridged both the ethnical and regional divide.

Through the course of the league, some records were set after a slow start to the league in the first round.

Bo Rangers chairman Babadi Kamara and its’ entire executive in their wisdom of acquiring the services of former national team manager, Eric Lansana, as technical director and John Konneh as team coach respectively, Bo Rangers became the first team to go nine (9) consecutive games without conceding a goal in the history of the Sierra Leone Premier League.

The match between FC Kallon and East End Lions pulled the highest capacity ever in the history of Sierra Leone football, while the reverse fixture between the two on June 29th provided the highest gate proceeds of four hundred and fifty eight million Leones (Le 458,000,000).

Despite the many positives brought by the league, there are few other challenges that were faced by the Premier League Board (PLB); especially poor officiating, crowd trouble and indiscipline.

Bo Rangers and Diamond Stars were at some point forced to play two home matches away from home after crowd trouble and indiscipline caused disrepute in their home matches.

The Premier League Board Disciplinary Committee took many actions against defaulting teams amid the alarming rate of violence in matches week in week out.

The prompt response from the disciplinary committee minimized the rate of violence in the league in the second round and thus created an atmosphere of camaraderie amongst home and away fans.

With the premier league expected again in October by anxious Sierra Leone football loving fans who have got addicted to it, the possibility of it’s come back soon is questioned by a cross-section of football fans taking into consideration the present state of rancour from the Sierra Leone Football Association (SLFA) and its members (Stakeholders).

Sierra Leoneans are left astounded due to the negligence of the FA to register the premier league two best teams, East End Lions and FC Kallon in CAF Champions League and Confederation Cup respectively.

Amara Sesay, an East End Lions fan, expressed joy for his side being crowned champions unbeaten but further questioned the genuine mind-set of the country’s football authorities after seeing his team deprived the opportunity to represent Sierra Leone in the Confederation of African Football elite club competition.

“Our efforts have been wasted.”

“The pride of every football fan is to see his team on the big stage” he lamented.

Mohamed Sankoh of FC Kallon also expressed dismay the ineptness of the FA which cost his team’s participation in the Confederation Cup.

“If football is to go to the next level in Sierra Leone, all ego and divided mind-sets must be put aside”, he said

The above concerns begs the question as who’s to blame for the two clubs absence in Africa’s elite club competitions, the FA or the premier league board?  As the league started when the country was serving a FIFA suspension in relation to what was cited as government interference by the world’s football governing body.

The FA president and her scribe were facing court charges from the country’s anti-graft agency for corruption allegations. They were later acquitted and discharged.

The president of the Sierra Leone football Association, Madam Isha Johansen witnessed a match between East End Lions and FC Kallon on June 29th which raised eyebrows as to her acceptance of the league’s legality after endless speculations FIFA and CAF not recognising it process.

What went wrong at the end is yet to be figured out by football loving fans despite most can attest to the longstanding power struggle between Johansen’s executive and her general membership.

This has left a somewhat bitter taste after all the excitement of Premier League football for the first time in five years.

If Sierra Leone is to start somewhere before becoming a force in African football and the world all over, the investment on home league must be prioritised.

Sierra Leone Football.com will be happy to receive your comments. Please register on the site to do so or respond on the Facebook page.