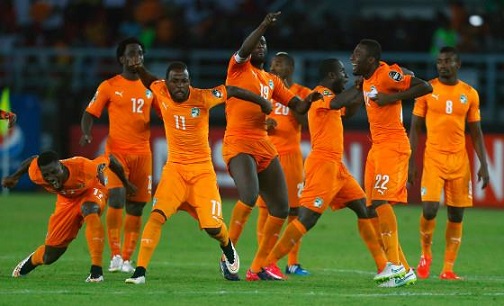 A Cote d’Ivoire team lacking superstar Yaya Toure launches this weekend what they hope will be a 10-match climb back to the pinnacle of African football.

The Africa Cup of Nations title-holders have a Group I date with fellow-west Africans Sierra Leone in a fixture switched from Freetown to Nigerian city, Port Harcourt because of the Ebola epidemic.

It will be the first of four qualifying games for the ‘Elephants’ as they seek to top the table and secure a place at the 2017 tournament in Gabon.

Cote d’Ivoire had a matchday 1 bye last June in a three-team mini-league completed by Sudan.

National team captain Toure, voted African Footballer of the Year a record four consecutive times since 2011, asked to be excluded while he considers his international future.

Now 32, the midfielder who specialises in turning edge-of-the-box free-kicks into goals suffered a dip in form when he returned last February from the triumphant 2015 Africa Cup of Nations Cup campaign in Equatorial Guinea.

Dussuyer, a former goalkeeper who guided Guinea to the Cup of Nations quarter-finals this year before quitting, hopes Toure is taking only a temporary break.

“I met Yaya in London and said I was counting on him to continue,” said the successor to compatriot Herve Renard.

“He is a great footballer and I hope he is going to resume his adventure with the ‘Elephants’.”

Burly striker Bony is injured and Dussuyer says Tiote did not respond after various attempts were made to contact him.

The Cote d’Ivoire coach will be pleased by the recent UEFA Champions League form of Seydou Doumbia with CSKA Moscow. On loan to his former club from Roma, the striker scored twice during a dramatic play-off triumph over Sporting Lisbon that secured a group place.

Ghana-born Sierra Leone caretaker coach Sellas Tetteh does not believe the absence of Toure will weaken the two-time African champions.

“The absence of Yaya will not make our task easier,” said the coach who guided Ghana to 2009 world youth championship glory and had a short spell in charge of Rwanda.

“I recently inherited a Sierra Leone squad with low morale after several losses. My immediate task is to restore confidence and end the run of defeats.”

Cote d’Ivoire defeated Sierra Leone 2-1 and 5-1 in 2015 Cup of Nations qualifiers with both matches staged in Abidjan because of the Ebola virus.

Ghana midfielder Andre Ayew hopes he can replicate his three-goal form with Swansea City in a top-of-the-table Group H clash away to Rwanda. Ayew missed the 7-1 mauling of Mauritius while Rwanda created a matchday 1 shock under 30-year-old Northern Ireland-born coach Johnny McKinstry by winning in Mozambique.

Nigeria begin life under former star Sunday Oliseh away to Tanzania in Group G without Chelsea midfielder John Obi Mikel, who did not answer calls from the new coach.

Record seven-time African champions Egypt are in the same mini-league and hope cloudy midweek weather in often scorchingly hot Chad continues as they seek a return to the big time after three failed qualifying campaigns.

Group M outsiders Gambia and Mauritania must be encouraged by matchday 1 displays as they prepare to host former African champions Cameroon and South Africa respectively.

Minnows Swaziland caused the biggest matchday 1 upset by winning away to Guinea and will bank on more goals from experienced midfielder Tony Tsabedze when they host pointless Malawi.

The 2017 Africa Cup of Nations line-up will comprise the 13 group winners, the best two runners-up and hosts Gabon.