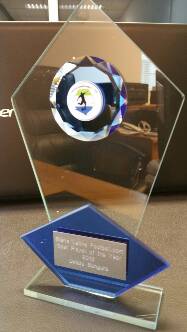 Votings for the 2015 Sierra Leone Football.com best player and globalkall young player of the year awards have closed.

The viewers of the Sierra Leone Football.com website were given January 31 as deadline to cast their votes.

There are now winners of the two categories of awards and will be made known in an award ceremony in London on May 21.