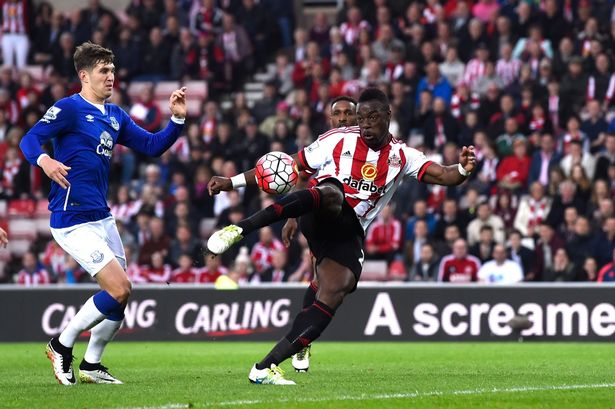 Sunderland manager Sam Allardyce will be a Sierra Leone fan for the day in September after they kept up the pressure on Ivory Coast in Saturday’s African Cup of Nations qualifiers.

Wins for both set up a Group I decider in Ivory Coast on September 3.

The hosts need to avoid defeat to defend their title in the 2017 African Cup of Nations, which takes place in Gabon in January and early February.

That could take Black Cats centre-back Lamine Kone out of the equation for an important part of the campaign.

Kone has been a rock in Sunderland’s defence since joining from Lorient in January after a protracted transfer.

The 27-year-old played 66 minutes of Saturday’s 2-1 win over Gabon in Bouake before withdrawing with a minor knock.

Bristol City’s Jonathan Kodjia and Ismael Diomande scored for the reigning champions, with Malick Evouna netting a consolation goal for the visitors.

The Leone Stars’ 1-0 home win over Sudan meant it was not enough for the Elephants to book their place in Gabon.

Wahbi Khazri’s Tunisia will also qualify if they can avoid defeat at home to Liberia in the final round of qualifying matches.

The tournament has long been an irritation for Premier League managers, taking key players away for an important part of the season from around FA Cup weekend into February in the case of the more successful sides. As English football has no winter break, the effect on their teams is maximised.

Meanwhile, Patrick van Aanholt played 90 minutes and nearly created a goal as the Netherlands continue to find their form too late for Euro 2016.

The World Cup semi-finalists will not be travelling to France after a dismal qualifying campaign.

But they have won three of their last four friendlies against teams who will be playing in this summer’s tournament, and drew the other.

Austria were the latest side beaten by the Dutch, losing 2-0 in Vienna courtesy of goals from Vincent Janssen and Newcastle United’s Georginio Wijnaldum.

It ought to have been three, van Aanholt carving out a chance between the goals for Quincy Promes, only for him to scuff a shot against the woodwork.

The Netherlands have also beaten England and Poland this year, and drew 1-1 with the Republic of Ireland.

Striker Steven Fletcher, whose Sunderland contract expires this summer, was unable to advertise his credentials with a goal for Scotland in Metz as Euro 2016 hosts France warmed up for Friday’s opening game against Romania with a convincing 3-0 win.