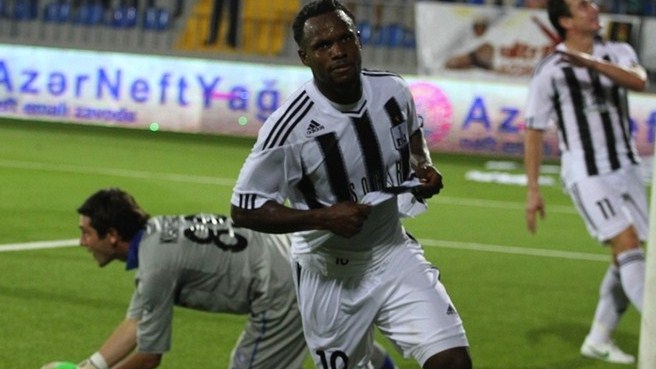 Sierra Leonean international  Julius Gibrilla Woobay has made his first appearance for Olimpija Ljubljana in Slovenia top flight league club as he helped his side to a 2-0 win over Koper at home in Ljubljana on Sunday.

The 31-year old attacking midfielder started the game and was on the pitch on to 66th minute. He left the field when they were 1-0 up.

He’s hoping to do well with Olimpija who are currently leading the Slovenia top tier league table. Their next league game is against second place Maribor on Saturday.

The former East End Lions winger is a widely traveled player as he had previously played for clubs  in Greece, Romania, Azerbaijan, Egypt and UAE.