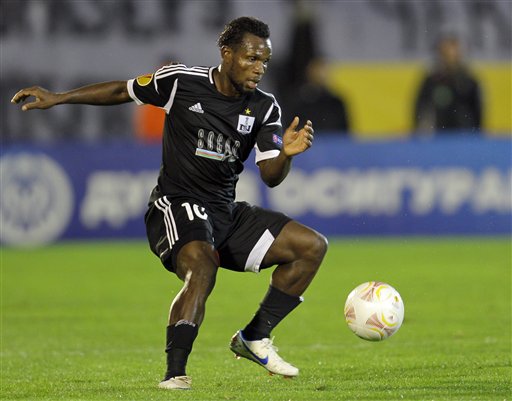 Woobay scored nine minutes after the break to level the scores to 1-1 before the Slovanian midfilder Denis Klinar got the winning goal in the 68th minutes.

The 31-year old former East End Lions winger has now registered two goals in the Slovenia league since he made his debut for Olimpija on February 28, 2016.

Woobay had previously played for clubs in Cyprus, Romania, Azerbaijan and UAE.