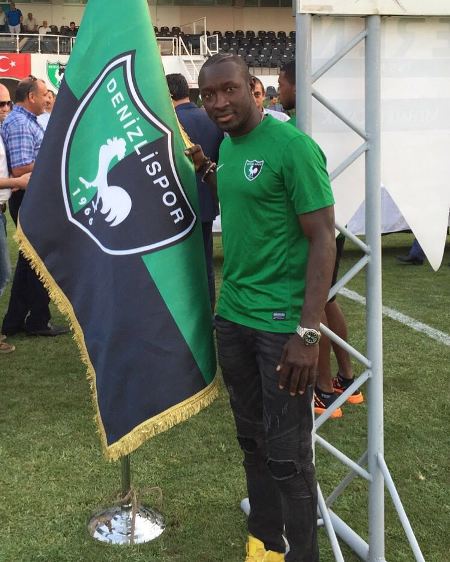 Midfielder Alfred ‘Zagalo’ Sankoh has been officially unveiled as player of Turkish second tier league side Denizlispor by the club’s President Suleyman Urkay on Tuesday.

The unveiling ceremony took place at the club’s stadium and Sankoh was handed over the team’s number 27 jersey which he’ll wear in 2016/2017 season.

It comes four days after the Sierra Leonean international signed a one year contract with the Denizli based outfit.

He added: “It was nice feeling to be introduced to officials and fans.” “I hope to start training with my team-mate tomorrow and I’ll try to give out my best for my new club.”

Denizlispor are the third Turkish club Sankoh has signed for after Balikesispor and Sanliurfaspor.