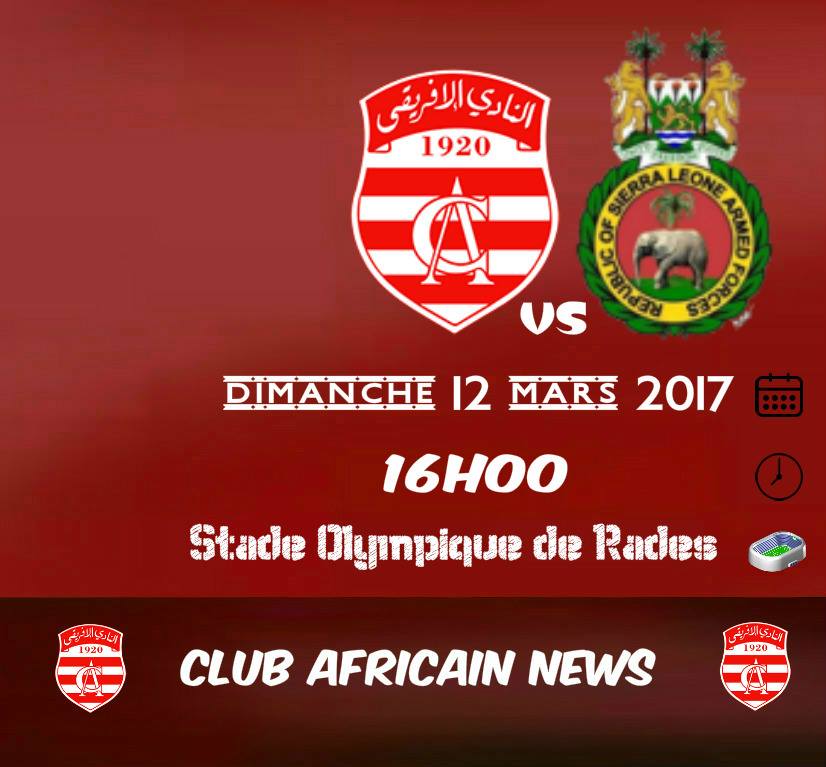 The Republic of Sierra Leone Armed Forces (RSLAF) were nominated as Sierra Leone’s representatives  in the Confederation Cup by dint of being runners up in the SLFA organised FA Cup competition that was boycotted by the majority of the Premier League teams.

RSLAF  faced and knocked out Nigerian team Wiki Tourists in the preliminary round and now face Tunisian giants Club Africain in the first round proper. 1st leg away in Tunisia on 12th March, second leg to be played a week later in Sierra Leone.

RSLAF have forfeited the second leg of the Confederations Cup against Club Africain due to be held in Freetown on 19th March citing lack of funding. Club Africain proceed to the next round after the record defeat of a Sierra Leonean team in the CAF competition.

The defeat brings reality to the current state of football in Sierra Leone. With no active Premier League and an FA Cup competition boycotted by most of the Premier League clubs it is a wonder that any clubs were nominated for CAF competitions.