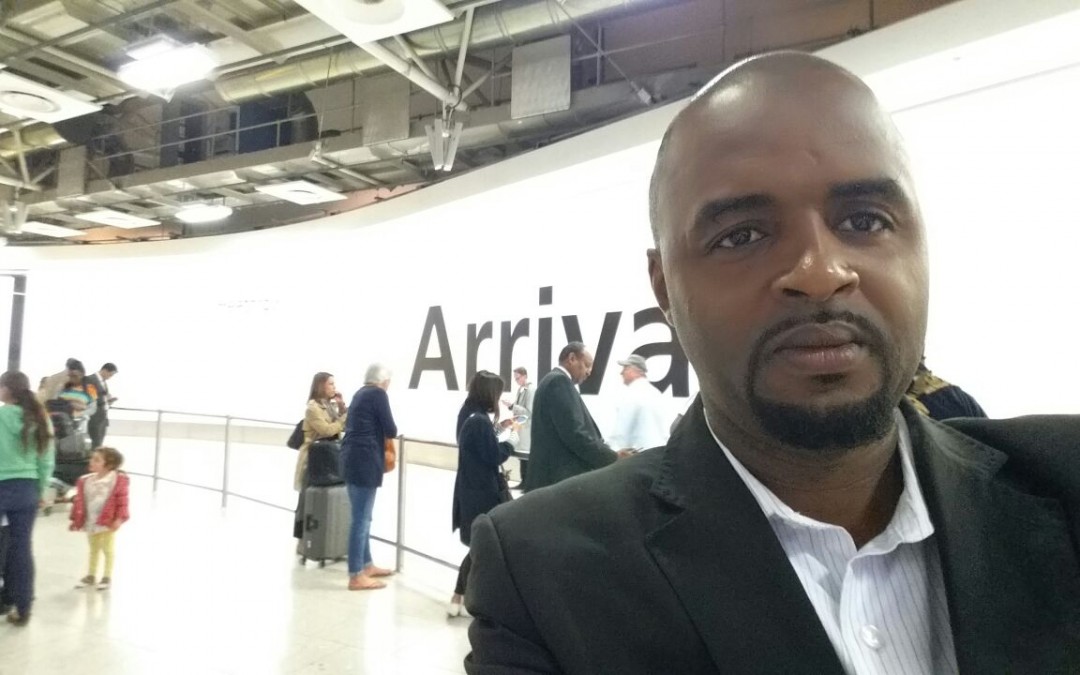 The Chief Executive Officer and Editor of Sierra Leone Football.com Mohamed Fajah Barrie has arrived in London for the website’s annual awards ceremony.

Barrie who travelled from Freetown landed at London’s Heathrow airport in the evening hours of Tuesday full of energy and confidence to get a successful ceremony.

“I’m delighted to be in London again to honour of present and past footballers,” said Barrie who reports sports for the BBC, and has covered many international sporting events.

He added: “It’s always good to honour and reward our players as it’ll encourage the winners to do more and inspire others to do well.”

“We are trying our best to get a great ceremony and by God’s grace the event will come out successful.

I wish the nominees the best of luck in the contested categories.”

The award ceremony will take place at the prestigious Holiday Inn hotel on Coram Street in central London on Saturday, May 21.

Among awards to be received are the 2015 Sierra Leone Football.com Player of the Year and Young player of the year as well as the newly introduced Goal King trophy.

Six lifetime achievements awards will be given out to past footballers including late Idrissa ‘Police’ Kamara who will be honoured posthumously.

The is the second time and two times in a row the event is taking place in London in the same venue.

The maiden award ceremony in 2012 took place in Freetown in front of Leone Stars players and the receipient was Kei Ansu Kamara.