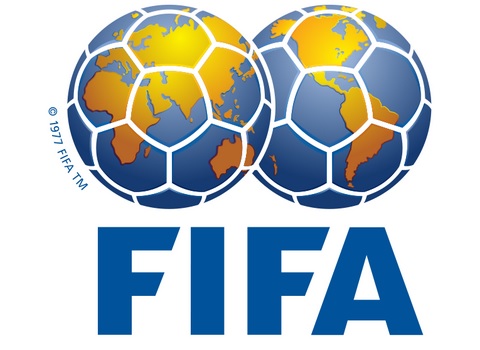 It was the great Liverpool Manager, Bill Shankly, who once said “people think football is a matter of life and death. I am disappointed at those who think like that. It is far more important than that.”

There is no disputing, apart from the Catholic Church and the Vatican, no other institution/organisation has acquired so much independence, autonomy and power like FIFA, the world football association, with six confederations consisting of a total of 209 member associations.

Football is as powerful as religion and it was the greatest ever African president, Nelson Mandela who said “sport has the power to reach where politics [politicians] cannot go…”

I am sure Mandela actually meant football, for as Shankly rightly said, the beautiful game is considered much more important than life and death, by the billions of fans worldwide who love and even worship the game, like they do their religion.

FIFA over the years exploited the passion of fans and the marketing potential of the beautiful game to ensure its absolute influence on Governments and their peoples. FIFA became extremely rich and powerful with billions of dollars in reserve, and appeared untouchable with the election of Sepp Blatter, a former General Secretary (1981-1998), at the 51st FIFA CONGRESS on 8th June 1998. Blatter was a man who knew how to entrench his status as FIFA President and how to become absolutely powerful by winning the hearts and minds of the most vulnerable members  – Africa, The Americas and Asia, evident in his re-election in 2002, 2007, 2011 and 2015 before being forced to resign weeks after his 2015 victory.

“Blatter Mafia” was in control and even in the wake of numerous arrests by the Swiss and US authorities, Sepp Blatter remained defiant in spite of the FIFA Ethics Committee ban which was slightly reduced by the appeals committee to six years.

However, this piece is about the new man at the helm, “the saviour”, Gianni Infantino, charged with the herculean and unenviable task of restoring FIFA’s integrity and combatting systemic corruption, not to mention the difficulty of uniting the global family and fighting off the daggers being drawn.

What should Mr. Infantino expect now that he has assumed office as the most powerful man in world football and one of the most influential people on earth?

FIFA has been torn apart by the Swiss and US corruption investigations and money laundering, with dozens of arrests and rumours of more imminent arrests.

The three most powerful men in FIFA and global football over the last decade, Sepp Blatter, Jerome Valcke and Michel Platini, have all been handed long term bans from involvement in any capacity whatsoever; and another dozen powerful FIFA officials under arrest in Switzerland and the USA.

FIFA today is a damaged commodity and Infantino would have to confront systemic corruption that extends way beyond the corridors of the headquarters in Zurich…through the confederations and member associations. If FIFA is to regain the confidence of the sponsors and the global public, the new President must ensure the reforms are not only implemented but visibly complied with by everyone in Zurich, within every confederation and every association. There should be no more protection in exchange for loyalty.

The reforms must ensure absolute transparency and accountability, with total compliance to the new regulations and it is here that Infantino, whose recent campaigning has been questioned by the media as a form of enticing votes without actually doing anything illegal, by promising to double the Financial Aid Package funding of National Associations from $ 250,000 a year to half a million dollars, and promising to expand the world cup to 40 teams and the competition to be played in different locations in a continent.

Paul Hayward in the UK* Telegraph* newspaper described it as “…tasty pieces of bait to delegates who might have been tempted to risk the PR disaster of a Sheikh Salman presidency.” Note that Michael Calvin of UK The Independent* suggests Infantino promised to quadruple the aid to 1 million dollars, criticising the President “…since he ignored FIFA’s admission of a $ 500 million deficit to quadruple the centralised cash given to national FAs”

Hayward further observed thus: “To welcome Gianni Infantino’s election victory you would need to ignore Sepp Blatter’s instant endorsement of the new FIFA president (” he has all the qualities to continue my work,” said Blatter), forget who voted him in, cast aside the backdrop of institutionalised corruption and believe that the reform package passed in Zurich is for real.”

He further criticised Infantino for not distancing himself from Blatter and Platini and in contrast quoted the new President as saying: “I respect very much all the work he [Blatter] did in terms of football development, in particular around the world.”

In sarcastic criticism Hayward wrote *”No prizes for spotting that much of the work FIFA did in ‘football development’ ended with money going missing; for starters, the $10m South Africa supposedly paid to help the grass-roots game in the Caribbean – Jack Warner’s manor.”

In truth, Gianni Infantino has his work cut out if Michael Calvin of the UK Independent is right when he speculates thus: “The existential crisis of institutionalised corruption is likely to deepen, since another round of FBI prompted arrests is said to be imminent. Suspicions that a loudly trumpeted reform package will consist of little more than financially induced tokenism are acutely appropriate.”

It is therefore evident that FIFA and its New Boss will not be given time to honeymoon, and as if handling the problems of the Swiss and US investigations and a brutal, uncompromising and vicious media is not enough, came a new force to reckon with, the old foe Mr. Infantino struggled to deal with whilst he was General Secretary of EUFA,

Calvin wrote: “The real influence lies elsewhere, and was revealed within minutes of Infantino’s victory, when the European Clubs Association pointedly reiterated its opposition to his Big Idea, the expansion of World Cup teams from 32 to 40 teams, in a tournament shared between several nations.”

The clubs have a grudge over Infantino’s introduction of the FIFA Financial Fair Play, one they are not willing to shelve, and with the momentum to repackage the Champions League as an invitation-only cartel gaining seemingly irresistible momentum, with the Barcelona President Josep Maria Bartomeu calling for wild card options. This will be a major challenge for Infantino to negotiate without worrying about a brutal response from these clubs whose partnership and cooperation is absolutely necessary for FIFA.

One is left with no option but to feel for the 45-year-old President who is now seeing daggers drawn from all angles and the kind of leadership he shows would determine his chances of success. It is not going to be easy for him, in fact it is going to be tougher than he expected or envisaged.

There are the skeptics who feel he is a Blatter and Platini stooge and his endorsement of the condemned former Presidents and their works has earned him very little sympathy. Infantino must lead and not allow to be led.

There is a lot more complex scenario around the corner for the New Boss with situations in Indonesia and Sierra Leone leading the trouble spots. The FIFA influence in confederations and National Associations intended to protect “the Blatterites” by all means led to rebellion in both countries and before them quite a good number of members also had complex scenarios.

Indonesia remains suspended since March 2015 after the Premier League Clubs rebelled and created their own Premier League, taking a leaf from their Kenyan counterparts over a decade ago.

The situation in Sierra Leone is far more serious with the membership having resolved to dissolve the executive by resolution, amidst allegations of corruption, victimisation and abuse of office against Isha Johansen, nicknamed “Blatter’s Princess”, and her Executive; and the members have further appointed a rival Executive and organising their own leagues.

If one is to predict the agenda for the first FIFA Executive meeting, I am sure top of the agenda would be the approved reforms and corruption. But that said, one would not be surprised to see Indonesia and Sierra Leone very close to the top, and the recurring problem of government interference being discussed.

FIFA no longer enjoys trust and Infantino will struggle to be as strong as Blatter was because of the damage done, but he probably knew of the challenge ahead of him and he is left with no option but to confront and overcome these obstacles.

He needs to restore the good reputation of FIFA and ensure the beautiful game lives up to its slogans: “bringing people together”, “fair play”, “say no to racism, corruption and discrimination”. And Infantino must ensure no FIFA official is protected and the concerns of the membership, not only of FIFA but also of confederations and national associations, be examined and investigated.

The task is huge but as advised by Lord Treisman, we should not assume distrust at this time, we should all allow Infantino a chance and wish him well.

Good luck Gianni Infantino or as the old saying goes: break a leg – and I wish you well as “The Saviour”. Like you said “F” should be for “Football” not “FIFA”.