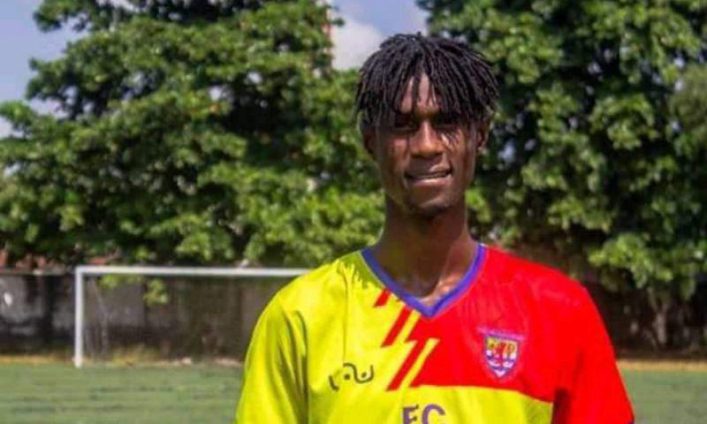 Leone Stars coach John Keister says he decided to call-up Ghanaian midfielder Samuel Bekoe for his team’s trip to Antalya, Turkey because the player is available for selection and wants to give opportunities to new players.

But the FC Johansen player will only be considered for selection for the match against Liberia which takes place outside the Fifa international window on Sunday.

Leone Stars will play Togo on Thursday before the Liberia match, and will also take on Congo Brazzaville on Tuesday.

Questions have been raised over Bekoe’s selection when he’ll only be eligible to play Leone Stars in December 2024 if Sierra Leone decides to naturalise him.

This is because he wasn’t born in Sierra Leone and neither any of his parents nor his grandparents were born in the West African country.

Under the Fifa rules Bekoe who came to reside in Freetown after joining FC Johansen in December 2019 at the age of 21 will have to live in Sierra Leone for five years to be eligible to switch allegiance to Sierra Leone and play for Leone Stars in his case.

“I invited Bekoe to look at him. We have to give young players the chance to play these kinds of matches,” Coach Keister told Sierra Leone Football.com.

“Regarding his eligibility to play, I’m a technical man, so I don’t talk about administrative matters.

All I know is I have been told the player is available for selection for our game against Liberia and that’s why I have invited him to look at him.”

“I have called-up other news faces to also give them the opportunity to play and prove themselves.

“This is a new dimension and the aim is that these new players bring competition to the team.”

Others handed first call-up are Bolton Wanderers’ Amadou Bakayoko, Alex Bangura of Dutch club SC Cambuur, Sahr Jonathan Morsey who plays for Greek side Panetolikos FC, Kamil A. Conteh currently on loan to Braintree Town from Watford and Kallum Sesay who is with Tottenham Hotspurs U-23s.

Several players who made it to the Africa Cup of Nations in Cameroon
include veterans Umaru Bangura and Kei Kamara were left out.

Coach Keister insists that he’s not shutting the door on any player adding that: “Both Kei and Bangura have been with the team for so long and have always given out their best for their country, and we respect them for their services.”

“What we’re trying to do is to try new players in these friendly games.”