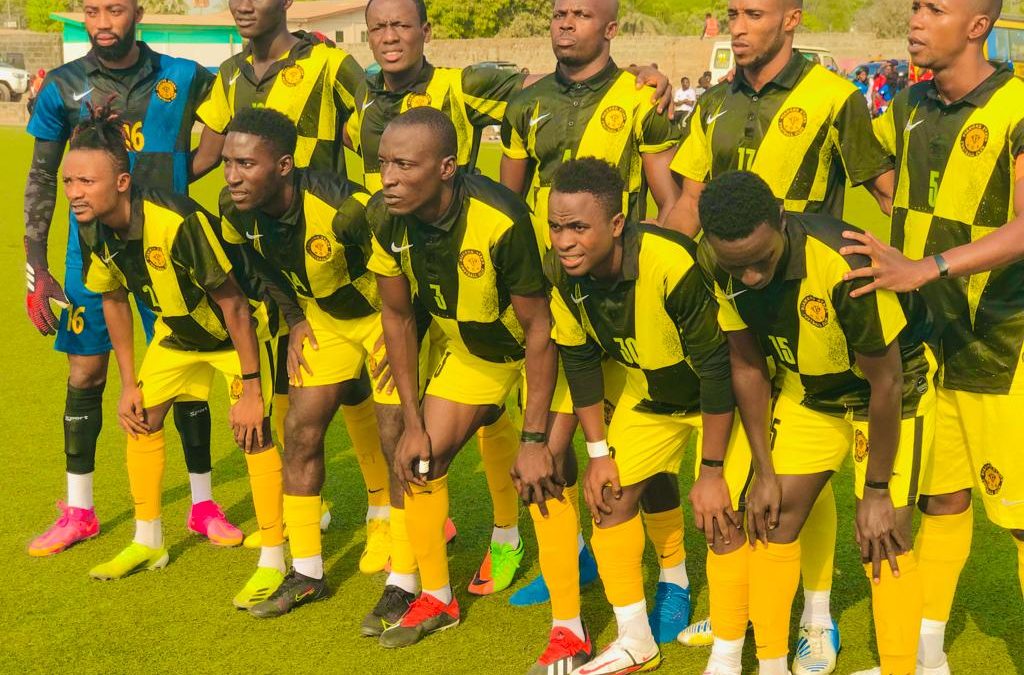 Diamond Stars held on to defeat FC Kallon 2-1 at home in their opening game of the second phase of the Sierra Leone Premier league on Monday.

Mohamed Kamara netted both goals for the Gem boys in the second half before Tucker got a consolation for Kallon FC.

The victory has seen the two time Sierra Leonean champions move to 14thplace in the league standings with 18 points while Kallon FC remain in 7thposition with 28 points .

There were wins for Ports Authority, Kamboi Eagles and East End Tigers on Sunday. The Waterfront boys defeated SLIFA 2-1 while Wusum Stars suffered a 1-0 defeat at home to Tigers.

Eagles came from two goals down to register a 5-3 win over Anti-Drugs Strikers with Bockarie Lamin and Ishmael Jalloh scoring a brace each for the Kenema based team to go fourth in the league table with 30 points.

Freetown City FC and Mighty Blackpool played to a goalless draw, while FC Johansen fought hard from a 2-0 down to earn a 2-2 draw with Old Edwardians to remain 10thposition in the standings with 26 points.