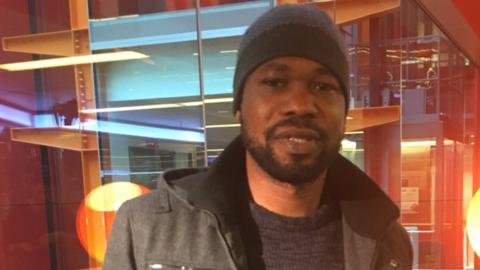 It is alleged that in August 2009 Kargbo, then a Willem II player, tried to fix a match against FC Utrecht.

The Dutch FA (KVNB) also said Kargbo tried to fix a benefit game between Willem II and Sierra Leone in 2009.

Kargbo, 33, told BBC Sport on Monday: “I was never involved in any match-fixing in Holland.”

Kargbo, who last played at English non-league club Thamesmead Town, has been banned from participating in any capacity in Dutch football.

He was already suspended by the Sierra Leone Football Association, which imposed the punishment in 2014 over match-fixing allegations relating to the national team.

In the latest allegations the KNVB said Kargbo “made an appointment with match-fixer Wilson Raj Perumal” in order to fix the result of Willem II’s top-flight Eredivisie game against FC Utrecht on 9 August, 2009.

It alleges Kargbo said captain Michael Aerts and an unidentified player would work with him to throw the match against Utrecht in return for 25,000 euros (£19,300) each.

Although Utrecht won 1-0, Perumal, who has already been jailed in Finland and Hungary for match-fixing, refused to pay, saying the agreement was for the winning margin to be at least two goals.

“Nevertheless, it has been established that they agreed on the outcome of the match. There is not enough legal evidence to determine whether Aerts was involved and it is unclear who the third person was,” read a KNVB statement.

‘I have nothing to hide’

Kargbo said he has “never had contact with Perumal”.

“I was the best player at the club for three seasons. It is unbelievable that I can be accused of match-fixing,” he told BBC Sport.

“These allegations have caused me a lot of stress, sleepless nights and I have sometimes cried all day – all because of something I know nothing about. I have nothing to hide.”

The KNVB also alleged that Kargbo and Perumal organised a charity match between Willem II and Sierra Leone with the aim to “manipulate” the game.

Other results involving the Sierra Leone national team might have been fixed by former Leone Stars captain Kargbo, according to the KNVB statement.

Perumal, 50, has featured in cases involving more than 100 manipulated matches around the world.