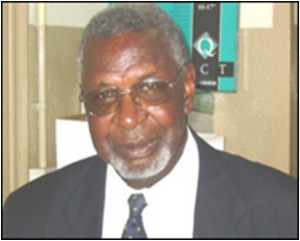 Former Sierra Leone Football Association (SLFA) President and ex-Sierra Leonean international footballer Justice Tolla Thompson has just passed away in his residence at Juba. On to his death he was head of the Political Parties Registration Commission (PPRC). He died at the age of 77 years.

Justice Tolla-Thompson also served as President of the Sierra Leone Football Association (SLFA) from 1996 – 2004.
Under his Presidency, his executive was able to construct the current SLFA Secretariat at Kingtom and also qualified the national Under-17 team to the 2003 FIFA U-17 World Cup tournament in Finland.
May his soul rest in perfect peace.
Rest in peace, Pa Tolla as he was fondly called.