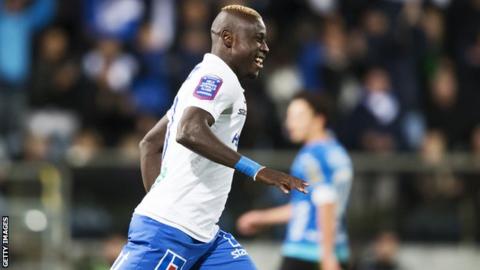 Sierra Leone and IFK Norrkoping striker Alhaji Kamara will not play again this season because of a heart defect, the Swedish champions said on Friday.

The issue was found when he underwent a mandatory heart examination.

The 21-year-old was examined as part of a Uefa requirement because Norrkoping are due to take part in the qualifiers for next season’s Champions League.

The club said the defect Kamara has is unusual, “but carries a great risk for sudden death at maximum effort.”

After further investigation a decision was taken that Kamara could not take part in top-level soccer for the foreseeable future, and more tests will take place to see if an operation could repair the defect.

“It’s not something I expected and it is absolutely not how I wanted it to end,” Kamara said.

“I think everyone who has seen me play, during my time here in IFK Norrkoping, have seen me as a very healthy and full of energy person.

“I’ll be strong and fight my way through this.”