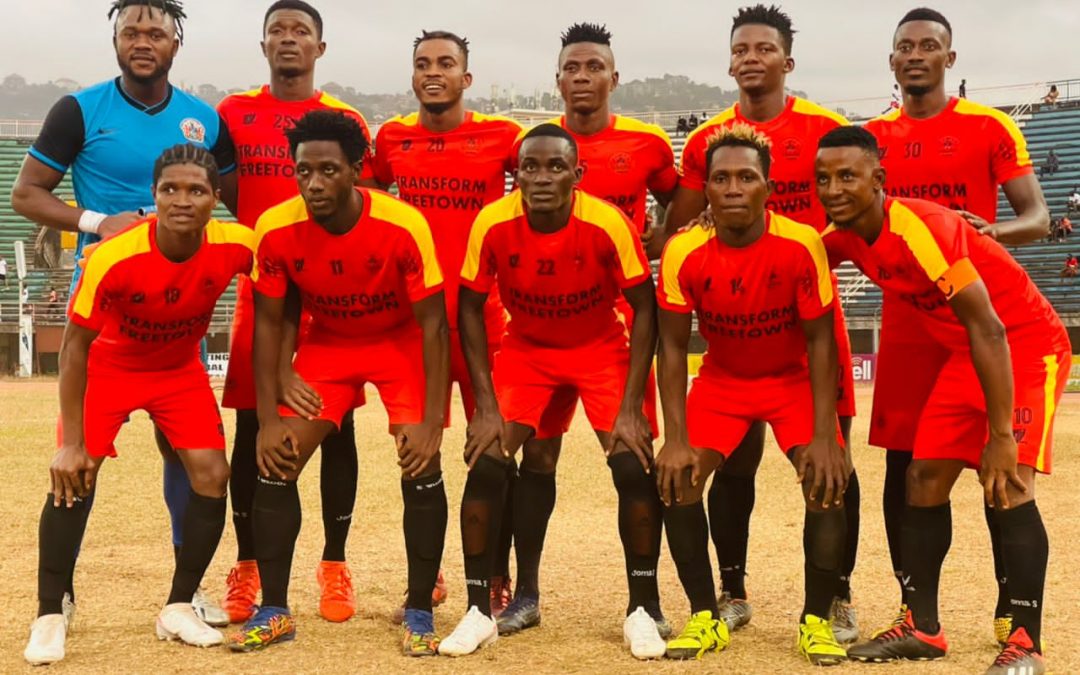 A second half strike by Kwame N’ketia turned out to be the winning goal as Freetown City FC defeated Kallon FC 1-0 in the Sierra Leone premier league at the Siaka Stevens stadium on Friday.

Kallon have now suffered two losses in a row this week as they were beaten 2-1 by Diamond Stars in Kono four days ago.

The win has seen Freetown City FC move three places up in the league standings in fifth position with 30 points ahead of Kallon FC who remain in 7th place.

Meanwhile, Ports Authority and Kamboi Eagles played to a goalless draw in Freetown on Wednesday.