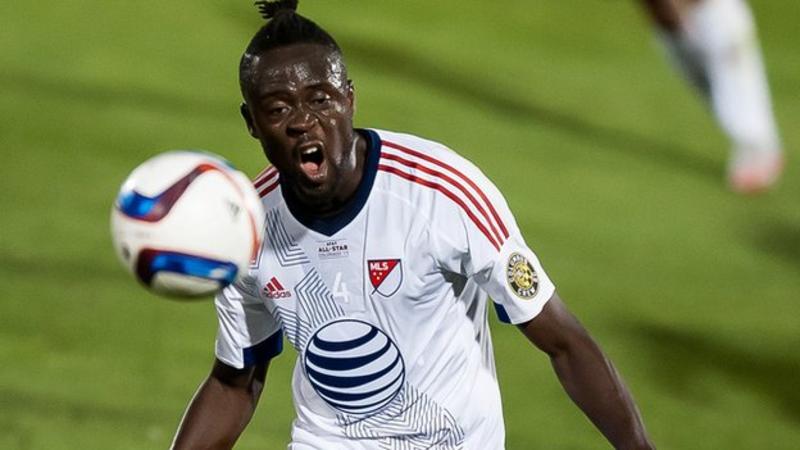 Former Norwich and Middlesbrough forward Kei Kamara has ended his international break and made himself available for selection ahead of Sierra Leone’s forthcoming 2017 Africa Cup of Nations qualifier against Ivory Coast.

It comes 10 months after Kamara, who plays in USA’s Major League Soccer for New England Revolution, temporarily stopped playing for the Leone Stars.

He had accused the Sierra Leone Football Association (SLFA) of a lack of respect for players – a claim the SLFA denies.

Kamara says a number of factors helped him decide to return to the international fold, including the passion he has for Sierra Leone.

“There is no time to fix everything that made me to walk away from Leone Stars,” Kamara who turns 32 in five days time told BBC Sport.

“But I have decided to come back to the national team because firstly I love my country.”

“Also I have been persuaded by my family, my big brother and Sierra Leone legend Mohamed Kallon and sports minister Ahmed Khanou” Kamara said.

It is not yet known whether Kamara will be invited for Sierra Leone’s match against Ivory Coast, scheduled to be played in Bouake next weekend.

The Leone Stars coach Sellas Tetteh has already named a provisional squad of 30 players, which comprises of 14 foreign-based and 16 local-based players.

The team is presently in Accra preparing for the crucial group I match.

Sierra Leone need to win the game to qualify for the 2017 Nations Cup finals in Gabon while a draw is enough for Ivory Coast to have the chance to defend their title.

Kamara’s last game for Sierra Leone was against Ivory Coast in the reverse fixture in September last year in Port Harcourt, which ended in a 0-0 draw.