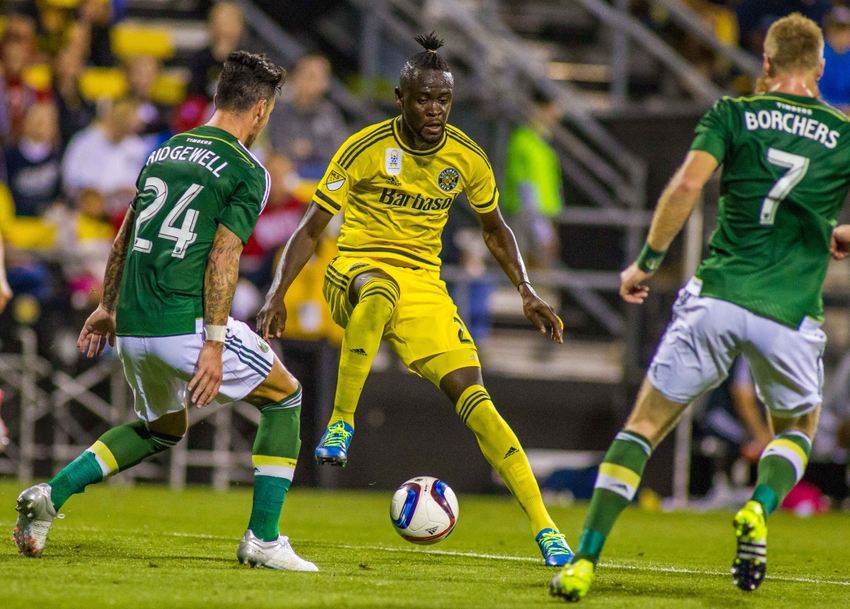 This comes 10 weeks after the 31-year old signed an extension contract with Columbus Crew as designated player prior to the start of the 2016 MLS season.

“Columbus Crew SC today announced that it has traded forward Kei Kamara to the New England Revolution,” Columbus said in a statement on their website.

“Additionally, Crew SC will retain a percentage of any future transfer fee for Kamara should he be transferred to a club outside of MLS.”

This move comes two days after Kamara disagreed with Columbus Crew’s decision to suspend him for one match for his role in a spat with teammate Federico Higuain over a penalty kick.

Kamara who had already scored twice against Montreal Impact in the MLS last Saturday wanted a chance at a hat trick, but Higuain took the ball and scored.

Columbus went on to give away a 4-1 lead to draw 4-4, and Kamara publicly called out Higuain in a post match interview promting Manager Gregg Berhalter to suspend him.

“Our actions will always reflect the values of our club and we believe this transaction will improve our competitiveness this year and in future years,” said Coach Berhalter who doubles up as the club’s Sporting Director.

He added: “Kei had a memorable 2015 season and we recognise and understand how popular and productive he was, so this decision was not one we made lightly,”

The former Norwich and Middlesbrough forward has so far scored five goals in the ongoing MLS.

He recorded 22  regular-season goals in the MLS last year finishing joint top scorer with the Sebastian Giovinco but lost out the golden boot to the Italian who provided more assists.

He was top goal scorer in the play-offs scoring four goals to take his season’s tally to 26.

He won awards in 2016 including Columbus Crew’s best player of the season and MLS Humanitrion of the year. He was also named in the MLS bext XI.