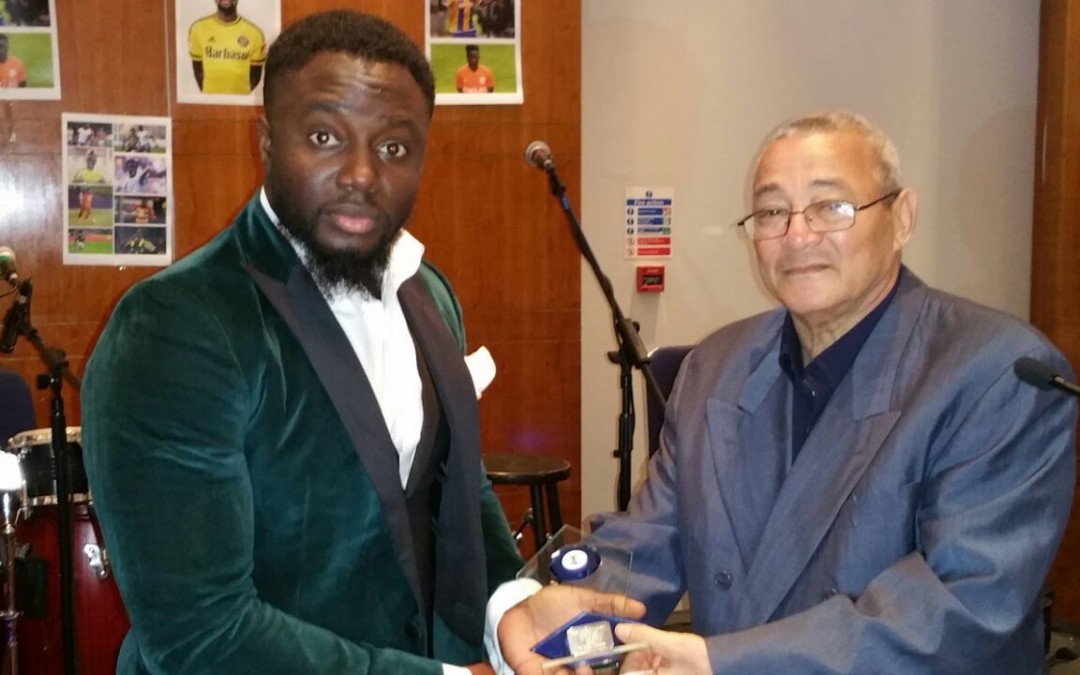 New England Revolution striker Kei Ansu Kamara has been named the 2015 Sierra Leone Football.com best player of the year in an impressive awards ceremony held in London on Saturday 21st May.

The ceremony was anchored by Ade Daramy, who worked for the BBC for ten years, and popular MC and DJ in London, Clarence Davies alias ‘Free Style.’

It’s the second time Kamara has been named the Sierra Leone Football.com best player of the year as he won the first award introduced in 2012.

He got 60% of the vote cast by viewers of Sierra Leone Football.com to win the best player award beating Partick Thisle’s Mustapha Dumbuya by 39% to second place.

2013 player of the Umaru ‘Zingalay’ Bangura came with fourth with 8% and China based Mohamed ‘Poborsky’ Bangura finished fifth with 5%.

Kamara who has so far scored five in the ongoing United States Major League Soccer (MLS) was not present at the ceremony due to club commitment but sent a video message appreciating the awards.

He was represented by his cousin Hamid Kpaka who received the two prestigious awards on his behalf.

A delighted Kamara said: “I’m sorry that I wasn’t present at the ceremony to accept the award, but I would like to thank Sierra Leone Football.com and those who voted for me to become the best player of 2015.”

“I would like to share this award with all the Sierra Leonean players all around the world.”

“Hard work and dedication have always been my goals. So being recognised as Sierra Leone Football.com player of the year is a great honour.

“I’m also delighted to win the goal king award. I want to share this award to everyone of my teammates at national team or club team and everyone who has ever assisted in anyone of the goals I have scored.

The goal king beautiful glass trophy with Kei Kamara’s name inscribed on it, as on the best player trophy was presented by former Premier League board chairman Rodney Michael.

Arsenal’s Glen Kamara came third followed by The Netherland based Issa Kallon and Victor Mansaray who plays in the US finished fifth.

He too didn’t attend the ceremony because his club were engaged in the English FA Cup final with Manchester United.

But the 20-year old Kaikai who made is English premier league debut a week ago is extremely delighted to win the award for the second time.

Kaikai told Sierra Leone Football.com that: “I’m happy to win again the award and I want to thank all those who voted for me.”

“I’ll keep the trophy in my house and is going to be added to my collection of awards.”

Five lifetime achievement awards were given out to deserving former Sierra Leonean internationals including Idrissa ‘Police’ Kamara who was honoured posthumously.

The other ex-players were Abdul Cole, Alusine Terry, Leslie Allen and Foday Sesay.

High Commissioner Turay who presented one of the lifetime achievement awards hailed Sierra Leone Football.com for organising such an event.

He said among other things that they would continue to recognise and honour present and past Sierra Leonean footballers and that the next awards ceremony will take place in Freetown.

Player of Year: Past and present winners 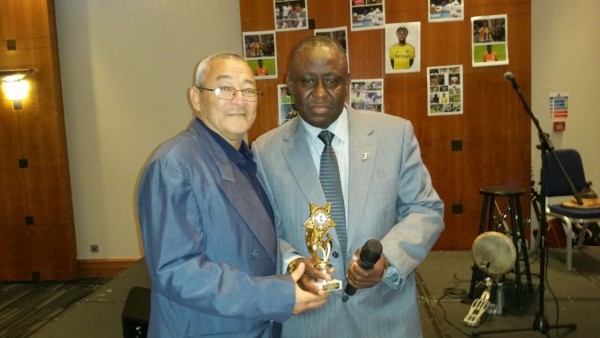 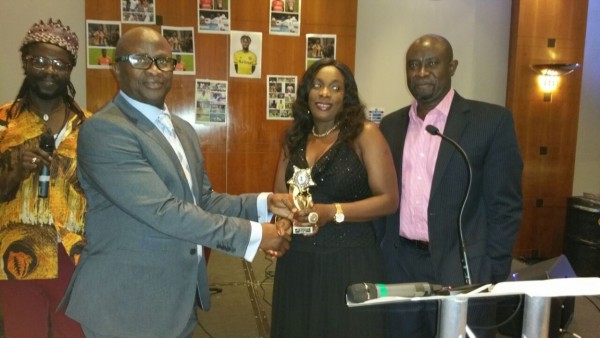 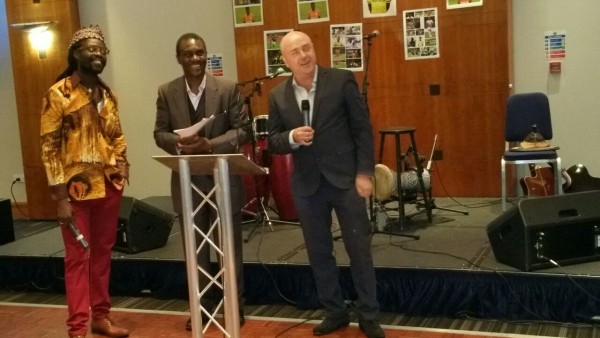 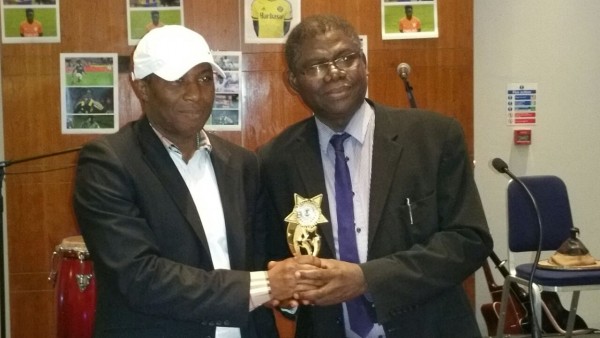 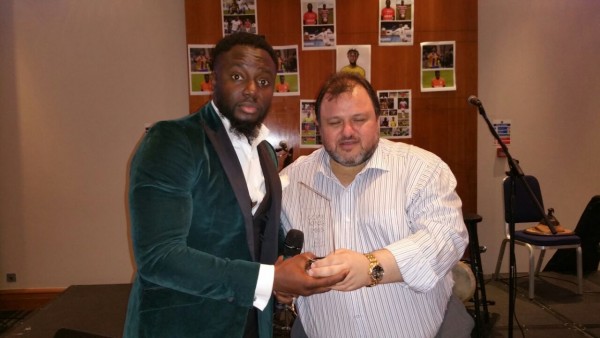 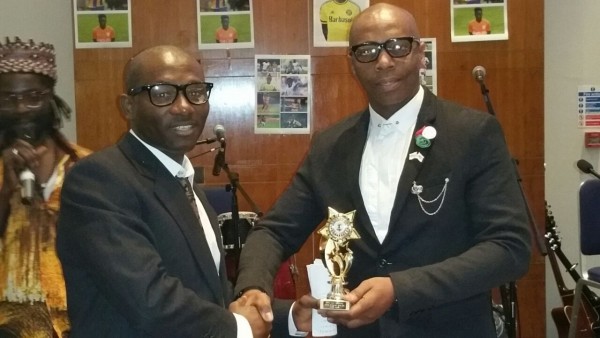 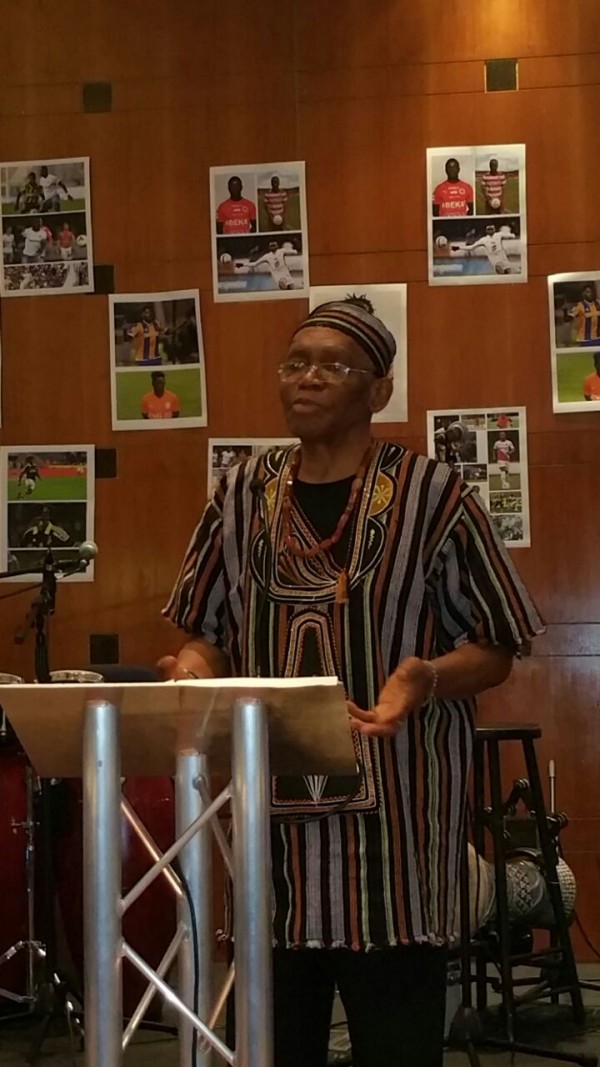 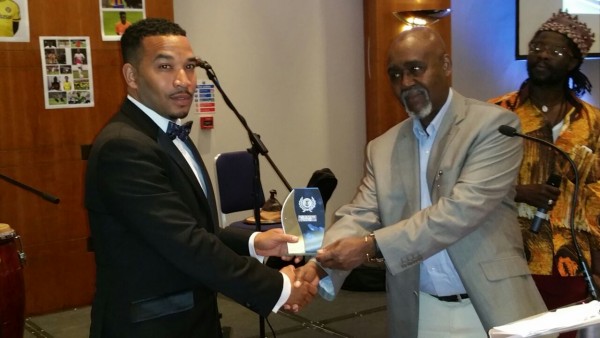