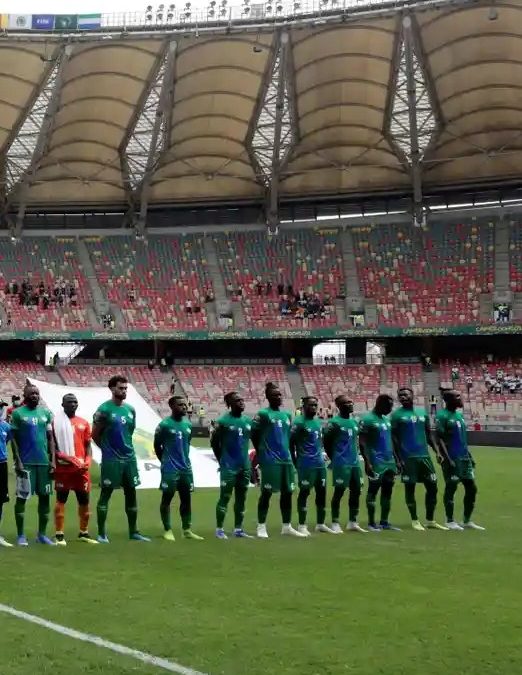 Nigeria flattered to deceive in their AFCON qualifier win over Sierra Leone on Thursday.

The Super Eagles struggled in the early stages and Victor Osimhen started the game looking isolated as Moses Simon and Samuel Chukwueze buzzed around ineffectively too far away from him, with the long balls from the Nigerian defence failing to find the Napoli forward.

While the home side dominated the ball, the kind of defensive frailty that cost them at the Africa Cup of Nations in January was all too obvious.

After every turn over, Sierra Leone looked dangerous and even John Morsay’s 11th minute opener failed to serve as a warning.

Minutes later, the away side would hit the post after yet another break and the Nigerian defence looked shambolic.

Ultimately, however, individual quality paid off.

Alex Iwobi combined well with Moses Simon before placing a lovely shot across goal to level the scores before Osimhen would fire home a winner five minutes before half-time.

Chukwueze was guilty of missing a brilliant chance to wrap the game up but Jose Peseiro’s reign in charge would get off to a winning – if unconvincing – start.