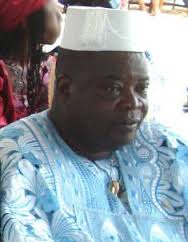 The Veteran football administrator Alhaji Unisa Alim Sesay was the Chairman of the Steering Committee of the Sierra Leone Football Association (SLFA) before his death.

Awoko was a former Executive Committee member during his reign as the Western Area FA Chairman and had been in football administration longer than any other person in the history of football in Sierra Leone.

For over 30 years, Awoko was a key figure in the election of every Sierra Leone Football Association President, ranging from Benji Davies, Alhaji Saramadi Kabba, Justice Tolla-Thompson, Nahim Khadi to the current incumbent  Isha Johansen.

He was a CAF approved match commissioner and served in several football committees mostly in the capacity of  Chairman or Vice Chairman.

He was  Chairman of East End Lions, one of the biggest football clubs in the Sierra Leone for 21 years before founding the Anti-Drugs Strikers Football Club who play in the premier league.