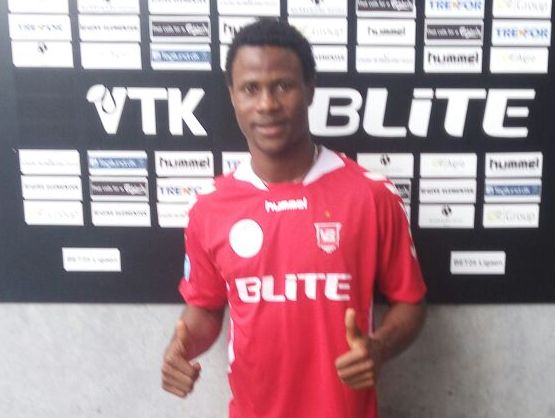 The dispute over the ownership of Sierra Leonean international Sheka Fofanah has been settled.

This is expected to pave the way for the striker to finalise a deal with an unknown Danish club as the dispute had delayed the completion of negotiations which started almost two weeks ago.

The ownership row was settled as a result of an agreement reached in Freetown between the two clubs claiming to own the18-year old Freetown City FC (FCFC) and Giants of Grassfield.

Fofanah’s local agent Chernor Musa Jalloh who played a role to bring an end to the dispute said:

“I think all the parties involved walk away with some future benefits.”

“His childhood club Giants of Grassfield remain the club that retain his transfer right with the FCFC entitled to the player’s future transfer fee while Obama FC have a slighter portion.”

“It seems all the parties are happy.”

“It is with great honour that the Mayor of Freetown Franklyn Gibson played an important role as a father, administrator and a man of football.”

Sierra Leone Football.com understands Obama FC were considered for future transfer arrangements of Fofanah because the striker played for them in the Sierra Leone second tier league before moving to FCFC.

Meanwhile, it’s not yet clear as to which team Fofanah is negotiating with in Denmark

But pictures of him wearing the jersey of Danish second tier league club Vejle BK have been posted on social media.

Fofanah has so far made four appearances for Leone Stars scoring two goals.