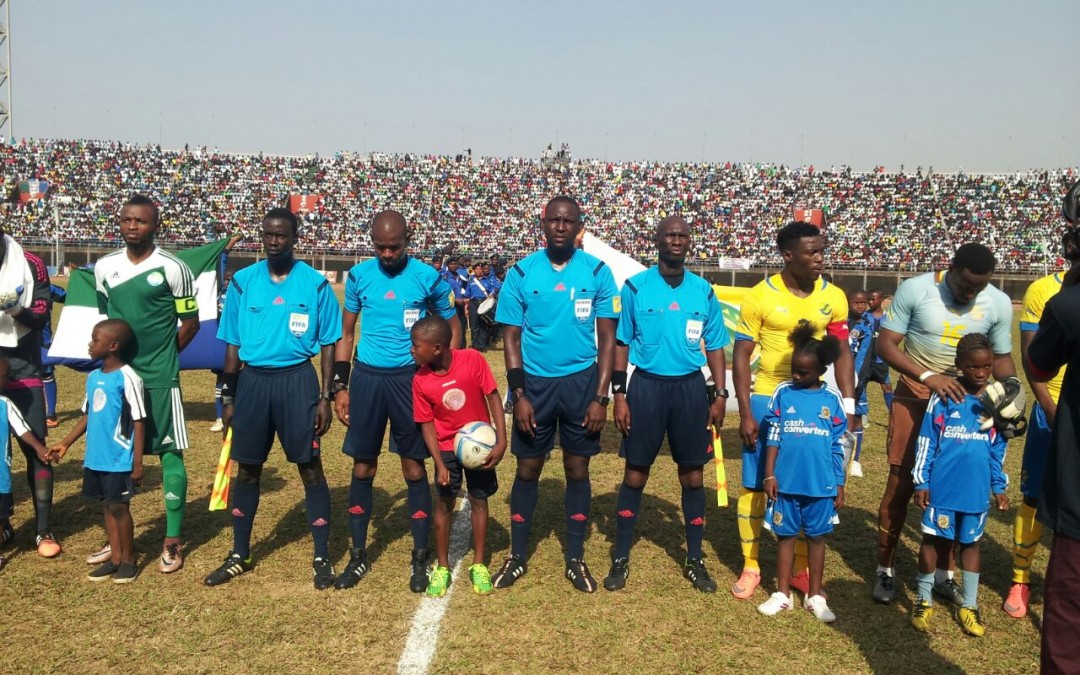 An impressive Leone Stars side have defeated The Panthers of Gabon 1-0 in an international friendly match played in Freetown on Monday.

Skipper Umaru ‘Zingalay’ Bangura got the goal as he stepped up to convert a penalty spot kick in 13th minute to send the fans at the jam-packed Siaka Stevens Stadium to ecstasy.

The match was part of the 2017 African Cup of Nations (AFCON) group I qualifying schedule but didn’t count towards qualification as Gabon are hosting the finals in January.

It was a sweet revenge for Sierra Leone for the 2-1 defeat they suffered from Gabon in the first leg encounter in Franceville last Friday.

Gabon played without the African player of the year Piere Emerick-Aubameyang who didn’t travel with the team to Freetown .

They also didn’t start the game with six of the players who were in the starting line-up for the first leg.

Leone Stars had only China based Mohamed ‘Poborsky’ Bangura missing due to injury.

Sierra Leone and Gabon have now met six times with each winning all three games each hosted.

Sierra Leone remain bottom of group I in the 2017 AFCON qualifiers behind African Champions Ivory Coast and Sudan.

The team that finishes top of the group will qualify for the finals.