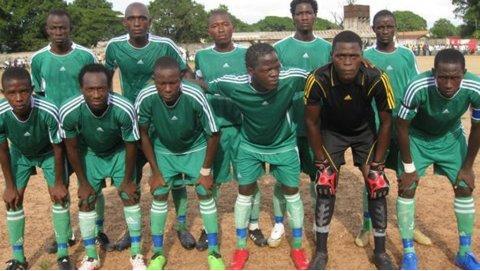 The 2016 Sierra Leone FA Cup sponsored by the cement manufacturers LEOCEM has kicked off at district level in the northern provincial town of Makeni with Ocean Boys defeating Teko Boys Society 3-0 on Saturday.

All other districts in the country will play their opening matches simultaneously next weekend, according to the head of media and marketing at Sierra Leone Football Association (SLFA)  Abu Bakarr Kamara.

The last FA Cup competition took place in 2014 and was won by  a premier league side Kamboi Eagles of Kenema.

The FA Cup competition is taking place at same time when a breakaway league formed by eleven out of fourteen premier league clubs in Sierra Leone is ongoing.

The SLFA has stated that 183 clubs nationwide including premier league clubs have consented to take part in the FA Cup competition.

But it’s not yet clear as to whether the eleven teams in the breakaway league will participate in the competition.