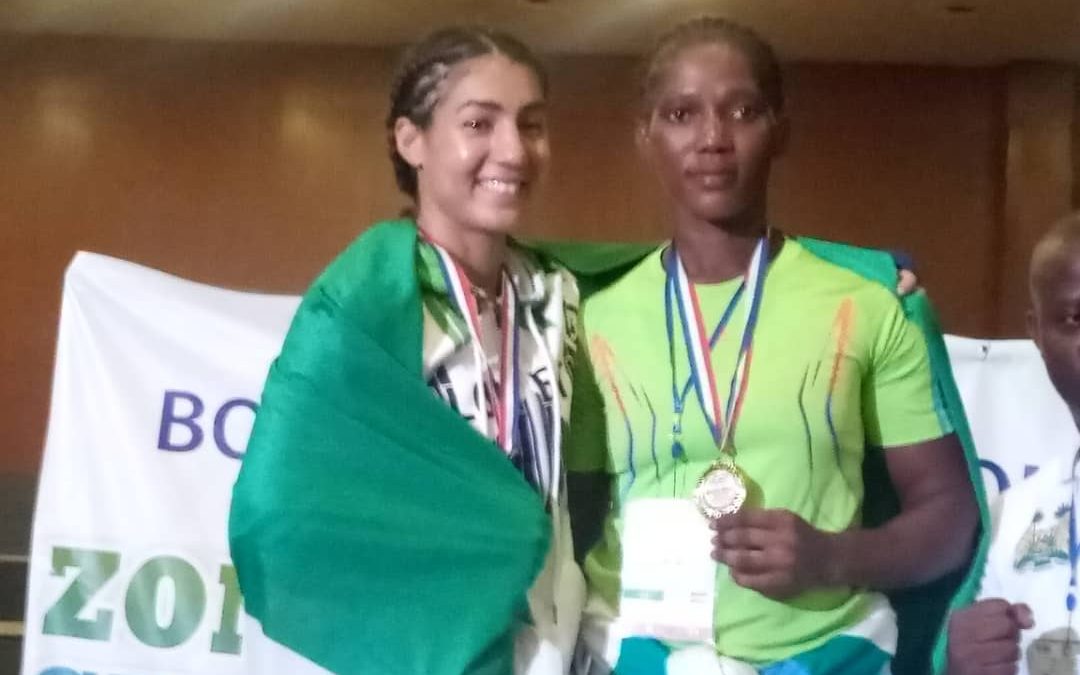 The Canada based Haguighat who flew to Freetown just to represent Sierra Leone at the championships defeated Dieynaba Diallo of Senegal in the final of the 54 kg category at the Bintumani international conference centre.

Her victory came a day after her compatriot Zainab Keita beat Ndeye Seynabou Ndiaye of Senegal in the 70 Kg to give the hosts their first gold medal in the championships.