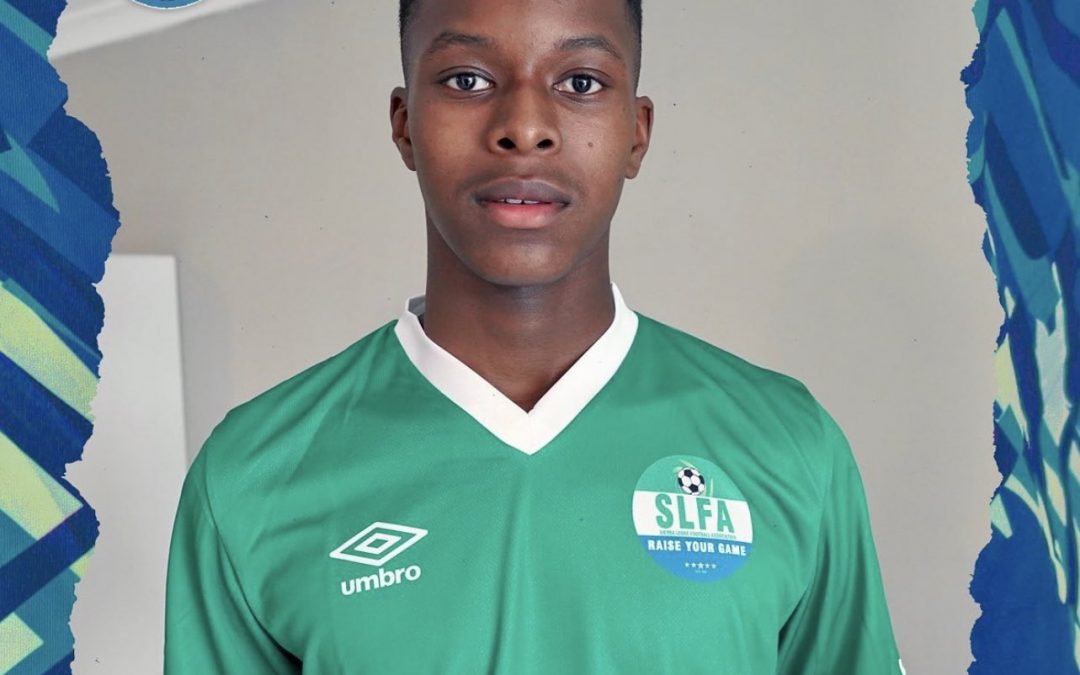 Tottenham Hotspurs trainee Kallum Cesay scored a brace in his debut for Sierra Leone as they defeated Congo Brazzaville 2-1 on Tuesday to wrap-up their friendly matches in the March Fifa international window.

The 19-year-old opened the scoring in the seven minutes after the break when he converted a penalty after a Congolese defender whom he tried to pass handled the ball in the box.

He got the second 12 minutes later after finished off from the box a pass from left-back Alex Bangura who dribbled in from his half.

The Red Devils pulled one back two minutes to full time from the penalty spot.

This is Leone Stars third win over the Red Devils in the fifth overall meeting between the two countries.

The match which was part of the two team’s preparations for the opening group games of the 2023 Africa Cup of Nations qualifiers in June marked the end of Leone Stars’ trip to Turkey.

Leone Stars were first beaten 3-0 by Togo almost a week ago before they bounced back to record a 1-0 win over Liberia on Sunday in a non Fifa sanctioned match and now a 2-1 victory of Congo Brazzaville.

The Leone Stars coach John Keister gave chance to several players to make their international debut in these matches.

They include Bolton’s Amadou Bakayoko, Jonathan Morsey who plays for Greek club Penetolikos, Alex Bangura of Dutch side Camburr, Ibrahim Sillah based in Germany, Kamil Conteh who is loaned out by Watford and East End Lions forward Alie Conteh.