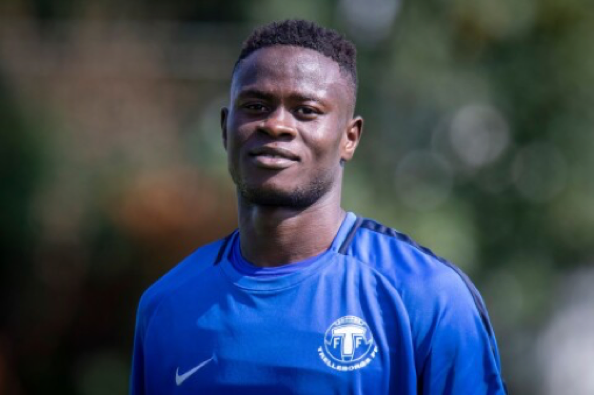 Striker Musa Noah ‘Tombo’ Kamara scored four minutes to time to rescue Sierra Leone from defeat at the hands of 9-man Guinea Bissau after he had missed a penalty in Conakry on Monday.
Leone Stars had conceded two goals within five minutes in the second half from the boots of Jorginho.
But goals from substitute Augustus Kargbo and Musa ‘Tombo’ gave Leone Stars a 2-2 draw.
The result means Guinea Bissau are now second in the group A with four points, two points behind Nigeria who thrashed Sao Tome & Principe away 10-0.
Sierra Leone remain third with a point and Sao Tome & Principe lie bottom with no points.