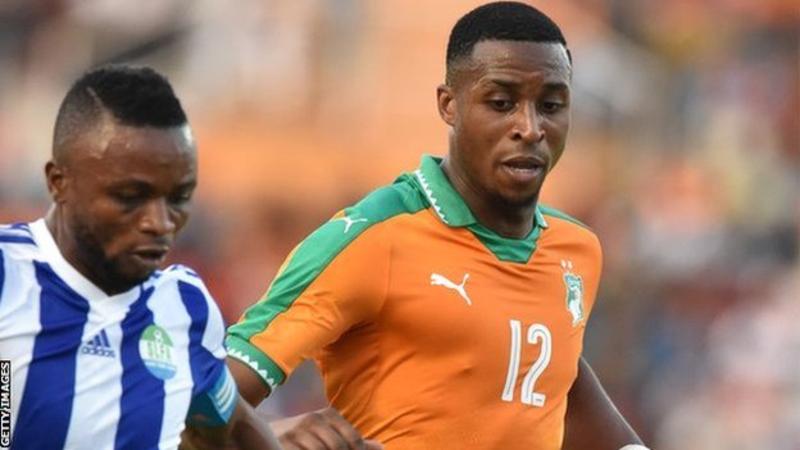 Sierra Leone captain Umaru Bangura feels his side could have eliminated Ivory Coast from the Africa Cup of Nations qualifiers and has questioned their chances of defending their title.

The Leone Stars drew 1-1 with Ivory Coast on Saturday and would have reached the Gabon finals with a win.

“We could have knocked them out in Bouake, they were so lucky to qualify,” Bangura told BBC Sport.

“I don’t think they are one of the favourites to win the Nations Cup.”

The Elephants, who beat Ghana on penalties to win the trophy in 2015, finished top of Group I but only managed to take six points from four games, narrowly defeating Sudan 1-0 in their sole win along with three draws.

“If we would had not qualified, it would have been a disaster”

On Saturday, Aston Villa’s Jonathan Kodjia gave Ivory Coast the lead with an acrobatic overhead kick in the 37th minute but USA-based Kei Kamara equalised for Sierra Leone in the second half.

“Ivory Coast were not that impressive in the qualifiers and I think they need to do more to raise their game if they’re serious to defend their title,” Bangura added.

“I also think they need to strengthen their squad, experienced players like Yaya Toure must be in the squad.”

Ivory Coast played the entire 2017 qualifying campaign without their skipper and four-time African player of the year Toure, whose last competitive international was the 2015 Nations Cup final.

The Elephants coach Michael Dussuyer says he will soon have a meeting with Toure to discuss the Manchester City midfielder’s future with the team.

Forward Solomon Kalou was involved in the qualifiers and has admitted his side will have to improve if they are to make an impact at the tournament, which run between 14 January and 5 February.

“When we go to the Africa Cup of Nations we’ll raise our game,” Kalou told BBC Sport. “We raised our game in the last Afcon and we won it, so it’s possible we do it again.

“We have enough quality players to play this kind of competition.

“The most important thing for now is that we have qualified. We are the champions, if we would had not qualified, it would have been a disaster.

“It’s a great thing that we are going to defend our title after coming back from a difficult match with Sierra Leone, who played very well.”