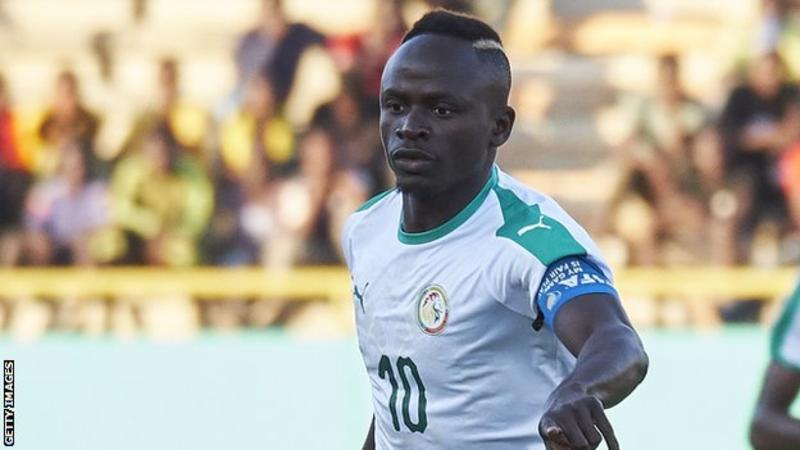 Senegal coach Aliou Cisse confirmed that his Liverpool forward Sadio Mane is suspended for their opening match at the Africa Cup of Nations in Egypt.

The 27-year-old will miss the Group C fixture against Tanzania on 23 June in Cairo after picking up two yellow cards in Senegal’s Nations Cup qualifiers.

“His absence should not in any way bother us,” coach Cisse told Senegalese media just before they departed their training camp in Alicante in Spain for Egypt.

“Certainly the presence of Sadio is beneficial but without him we remain strong.

“The CAF [Confederation of African Football] has decided, so we will not linger,” Cisse added.

Mane was booked in Senegal’s 1-0 win away to Equatorial Guinea on 17 November 2018 and also appears to have been cautioned in their 2-0 victory over Madagascar on 23 March 2019, although it is not confirmed on Caf’s match statistics. Caf has been contacted for verification.

The tournament in Egypt, scheduled for 21 June to 19 July, will be Mane’s third Nations Cup finals and the second time he will miss Senegal’s opening match.

He missed the Terranga Lions’ opener in the 2015 finals in Equatorial Guinea against Ghana because he was still recovering from a calf injury he sustained while playing for his former club Southampton.

Mane, who won the Uefa Champions League with Liverpool earlier this month, joined the Terranga Lions training camp in Spain on Thursday before he and his team-mates departed for Egypt on Friday.

He is expected to play Senegal’s other group matches in Cairo against Algeria on 27 June and Kenya four days later.