Africa Cup of Nations semi-finals: What to look out for 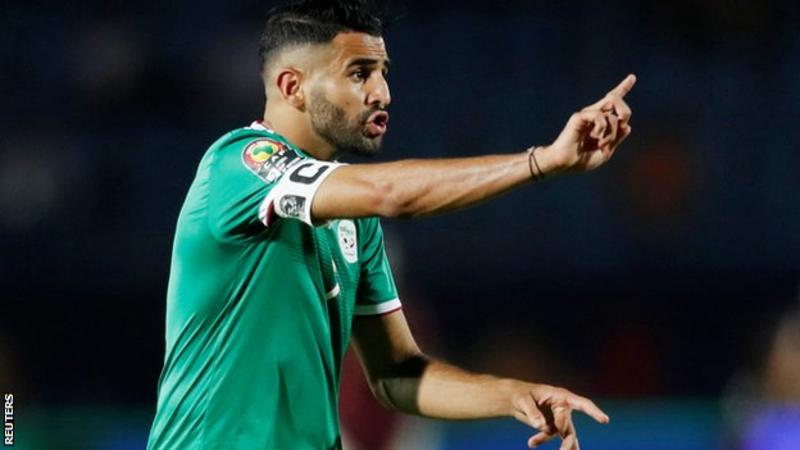 The Africa Cup of Nations has reached the semi-final stage, with both last-four ties being played on Sunday.

Senegal play Tunisia at 17:00 BST and Algeria face Nigeria at 20:00, at different venues in Cairo.

Only Nigeria have won the tournament more than once.

“All four of us are capable of winning,” Nigeria forward Alex Iwobi told BBC Sport. “We’ve all got quality players. I wouldn’t know who’s the favourite at this point in time.”

Senegal striker Sadio Mane is arguably the highest-profile player left in the tournament. He has previously said he would swap his Champions League winner’s medal with Liverpool for an Africa Cup of Nations with the Teranga Lions.

The three most successful teams in Africa Cup of Nations history – Egypt, Cameroon and Ghana – were knocked out in the last 16, leaving Nigeria as the side with the best record. The most recent of their three triumphs came in 2013.

Senegal, who have reached the World Cup quarter-finals, have never won the Africa Cup of Nations. Their best run was to the 2002 final, which they lost on penalties to Cameroon.

The final takes place on Friday at the Cairo International Stadium, with the third-place play-off two days earlier at 30 June Stadium. Both games kick off at 20:00.

Senegal are the bookmakers’ favourites to win the tournament for a first time, followed by Algeria.

Algeria have arguably had the best tournament, winning all three group games – including a 1-0 win over Senegal. After beating Guinea 3-0 in the last 16, they needed penalties against the Ivory Coast to reach the semis.

They are the only one of the semi-finalists to win their group.

Senegal finished second – behind the Desert Foxes – and had two relatively straightforward knockout ties against Uganda and Benin, winning both 1-0.

Nigeria were behind Madagascar in Group B after a sensational 1-0 defeat by the islanders, but beat Cameroon and South Africa in the knockout rounds.

Tunisia squeezed through in Group E with three draws and needed penalties to beat Ghana before a 3-0 win over shock quarter-finalists Madagascar.

The view from Egypt

I’ve been so impressed by Algeria. Head coach Djamel Belmadi kicked a player out of the squad for a relatively minor off-field issue pre-tournament and that appears to have set the tone. They are tactically so disciplined, well-drilled and organised.

Previous Algeria bosses have sometimes struggled to keep their players pulling in the same direction, but not Belmadi. They seem to really enjoy his style of management.

Mix that organisation with the flair of Riyad Mahrez, Adam Ounas and Sofiane Feghouli and you have a team that look capable of lifting the trophy.

Having said that, in the last round Ivory Coast showed that pace can cause problems at the back for Algeria, and Nigeria have a never-say-die spirit at this year’s Cup of Nations.

I spoke to defender Kenneth Omeruo on Friday and he said it reminds him of the attitude when they won the title in 2013.

Algeria maybe start as slight favourites but you just can’t write off this Super Eagles side.

These two teams were at the World Cup last year so it’s maybe not a huge surprise to see them in the last four of the Africa Cup of Nations. But the fact remains that both sides made underwhelming starts to Egypt 2019.

Senegal’s group stage wins were against two of the poorest teams at the finals – Tanzania and Kenya. They also lost to potential final opponents Algeria, before improving in the knockout phase against Uganda and then the stubborn, defensive Benin.

Everton’s Idrissa Gueye has been the key for Senegal to unlock the opposition in Egypt – he has missed one game so far and that was the 1-0 loss to the Desert Foxes.

If Senegal made an erratic start to the competition, then Tunisia were guilty of making a very poor one, only scraping past the group stage with three draws against Angola, Mali and Mauritania.

The knockout stage has been slightly better with a win on penalties against a battling Ghana side and then a comfortable victory over tiring Madagascar.

One thing to watch out for: yellow cards are still being totted up in the knockout stages, with a suspension from the next match for anyone who gets a second. Among those walking that tightrope are Youssef Msakni and Sadio Mane.