Europe based duo arrive in Freetown for Sudan match 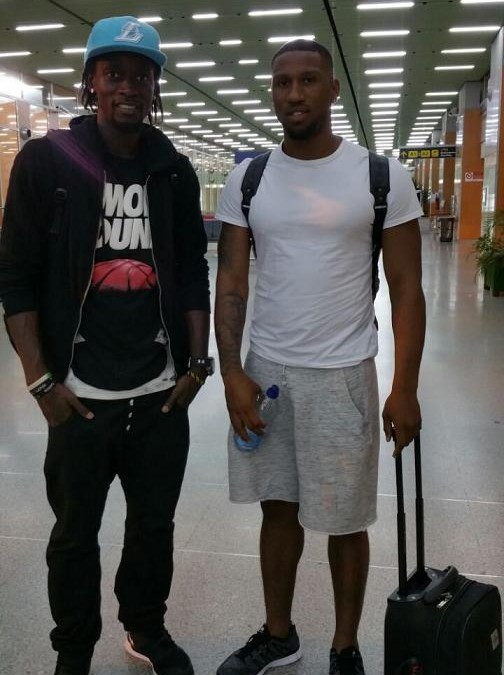 England based defender Alie Sesay and midfielder John Bankole Kamara who plays in Latvia have arrived in Freetown ahead of Leone Stars’ 2017 Africa Cup of Nations qualifier against Sudan in Freetown on Saturday.

They landed in Freetown on Tuesday morning from their respective locations via Casablanca.

The duo were the last to be invited by Leone Stars  Coach Sellas Teteh for the crucial group I encounter.

Several other foreign based players have been called up including Belarus based duo of Umaru Bangura and David Simbo, Mohamed ‘Medo’ Kamara who plays in Finland and Slovenia based Gibrilla Woobay.

Sesay last played for Leone Stars against Ivory Coast in Abidjan in November 2014 in the 2015 AFCON qualifiers, while Kamara’s last game was against Chad in October last year in a 2018 World Cup qualifier.

“I’m happy to be back in the squad,” Sesay who has won three caps with Leone Stars told Sierra Leone Football.com.

“I know how important the game against Sudan is and hopefully we’ll come out with a win.”

Kamara who has so far played nine times for Leone Stars is delighted too to be among the invited players, and hopes to help the team defeat Sudan.

Leone Stars presently lie bottom of group I with just a point need to win to have a good chance of qualifying for the AFCON finals for the first time in 21 years.

Sudan are second in the group with two points adrift leaders Ivory Coast who have five points.