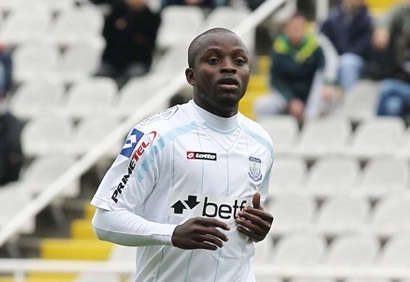 Sierra Leonean international Mustapha ‘Hadji’ Bangura has scored his first goal in the ongoing Serbia top tier league as he rescued his side Borac Čačak from an away deafeat on Friday.

The 26-year old forward equalised for  Borac Čačak a minute into stoppage time in the second half after Vojvodina had taken the lead in the 71st minute in a tense match.

Bangura joined the Čačak, based club from Cypriot club Aris Limassol last month and he’s hoping to play well to get back to good form.

Borac Čačak remain second in the league standings but with 28 points behind leaders Crvena Zvezda who have a game in hand.

Bangura started his top flight football carer with Old Edwardians before moving to Cyprus where he played for seven clubs including Omonia Nicosia, Apollon Limassol and AEK Larnaca.