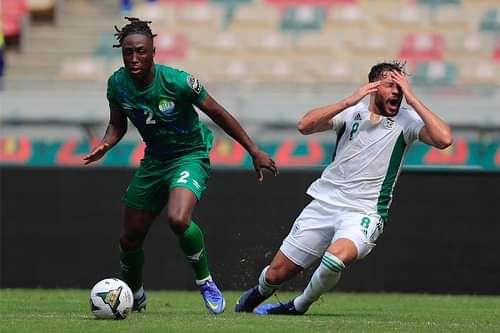 Leone Stars right back Osman Kakay will not be available for their match against Ivory Coast in the ongoing Africa Cup of Nations in Cameroon on Sunday due to COVID-19.

The QPR player was tested positive for coronavirus alongside another England based defender David Sesay on Friday according to a reliable source.

The 24-year-old is a Leone Stars first choice player as he featured against Algeria in their opening group E match which ended in a goalless draw last Tuesday while Sesay was an unused sub.

Yeami Dunya who has made many appearances for Leone Stars is expected to be Kakay’s replacement.

Meanwhile, striker Alhaji Kamara who sustained an injury during their match with Algeria didn’t take part in his team’s training session on Friday.

Sierra Leone Football.com understands that the Denmark based player was rested.