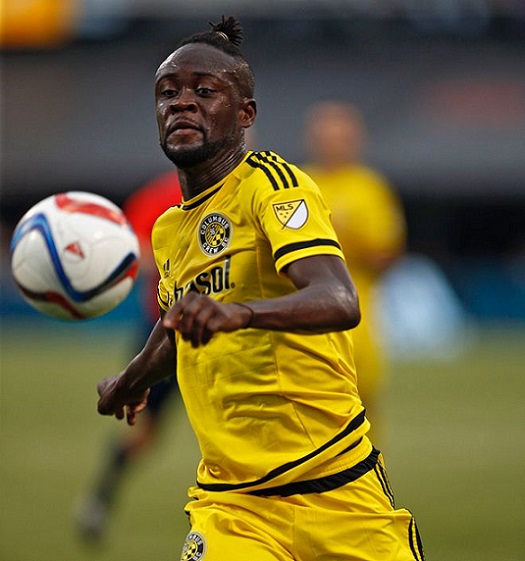 Kei Ansu Kamara has netted his third goal in pre-season matches as he equalised for Columbus Crew in their 1-1  draw with Real Salt Lake in the 2016 Desert Diamond Cup in Tucson,   Arizona on Saturday.

Kamara scored in the 26th minute to cancel a 17th minute goal accounted for byJordan Allen.

The Columbus Crew 2015 top goal scorer and best player had scored a brace four days ago in their 2-2 draw with Sporting Kansas City in their first pre-season game.

This means Kamara has scored all Columbus Crew’s goal so far in pre-season matches.

Their next pre-season match is against Swope Park Rangers in the same venue on Wednesday.