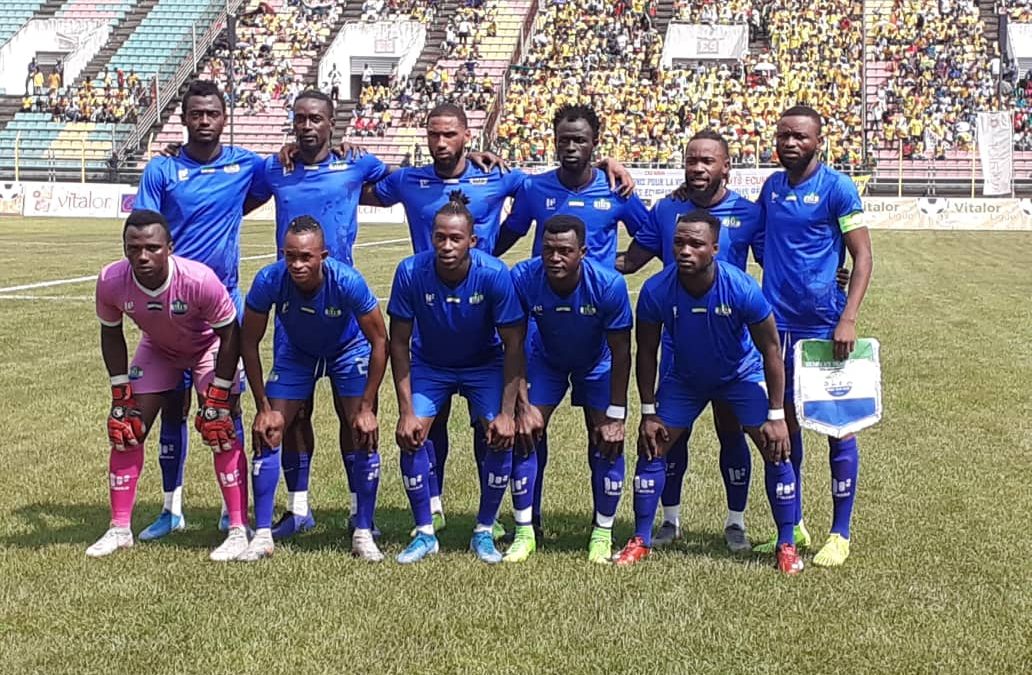 It was in 1994 and 1996 when Leone stars qualified for the African Nations Cup consecutively. President Bio was then Deputy Leader of the NPRC in 1994 and Chairman in 1996. He was primarily commended for those two successes.

It was in 1996 Kallon was identified and became the youngest player in history to score a goal at a major tournament. He was only 15 years old.

In 1994 Sierra Leone was one of the 12 teams who qualified for the finals in Tunisia. We were grouped with Zambia and Ivory Coast. We had a goaless draw with Zambia after being trashed 4-0 by Ivory Coast. Nigeria beat Zambia in the finals with Rashidi Yekini scoring 5 goals in the tournament and awarded best player of the tournament. Our first point at the African Nations Cup Finals was in the 1994 tournament.

The 1996 Nations Cup was won by the hosts South Africa after beating Tunisia in the finals 2-0.

Sierra Leone won its first match in the African Nations Cup Finals, beating Burkina Fasso 2-1, with an 89th minute goal from its most successful and recognisable legend, Mohamed Kallon.

However, we are now making our 12th attempt at qualifying for the tournament. We have had some close calls since 1996 but we have failed to qualify.

We are not in a good position and our failure to beat Lesotho at home was a massive blow which could come to haunt us…but we pray it does not.

Many have their views on why we have failed so miserably over the years and how teams who were of no match for our darling Leone Stars in 1994 and 1996 are today way superior to us.

Imagine Cape Verde, a tiny Island of around 500 000 people, who gained Independence from Portugal in 1975 and played its first football match in 1979, qualifying for multiple African Nations Cup in this decade, in comparison to pne of the oldest members of FIFA AND CAF in Africa – Sierra Leone Football Association, which officially wad founded in 1960.

CAF has expanded the current AFRICAN NATIONS CUP and as such qualification is less difficult for the 2021 Nations Cup which will be played in 2022 because of the Covid – 19 impact on events.

The top two teams from a group of four will qualify for the finals and because Leone Stars was drawn with Nigeria, Benin and Lesotho, the FA officials and majority of us the fans were extremely optimistic this was going to be an easy passage to qualification.

Many ignored the incredible results Lesotho had in recent years and others dismissed Benin naively.

True Leone Stars had a solid chance and we had every right to be optimistic, but optimism does not justify being over confident and dismissive.

As it is with just over a month to go before we play the first of a double header against Group Leaders Nigeria, on the 09/11/2020 away and 17/11/2020 at home, Sierra Leone has a tough BUT NOT IMPOSSIBLE TASK.

With Nigeria on 6 points, Benin on 3 points, Lesotho and Sierra Leone on a point each, we must get at least one win from the two matches against Nigeria or qualification could be out of reach by end of November, especially if Benin are able to accumulate 4 or 6 points against Lesotho in their double header.

This is not an impossible task but without doubt our most difficult position for a very long time after 2 matches in the group stages.

We must not give up and we must stand firm with our National Team, especially with the support of the Government to finance two friendlies against Mauritania and Niger before the Nigeria Matches, to help with preparations.

We can only, as loyal fans, who treasure our darling Leone Stars, stand in solidarity and support fully the Green, White and Blue boys, as they work hard in attempting to make a very difficult task a reality.

As a Nation we say GOOD LUCK LEONE STARS – NOTHING IS IMPOSSIBLE!