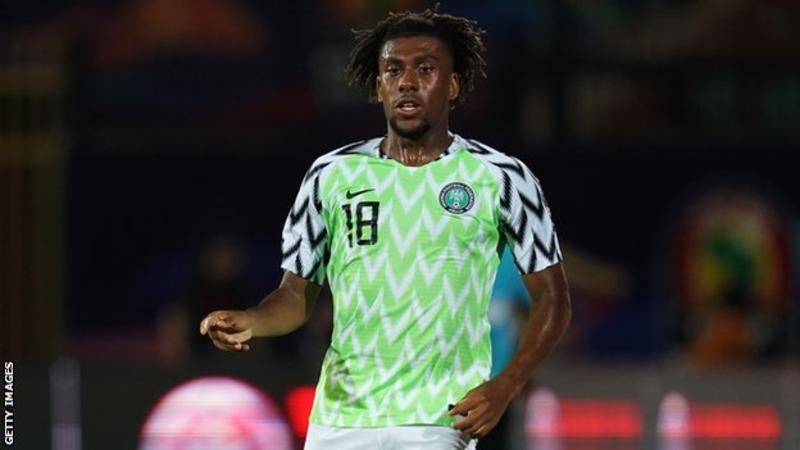 Arsenal’s Alex Iwobi has already turned his attention to club matters after helping Nigeria to a third-place finish at the Africa Cup of Nations.

Iwobi played in every match during his country’s campaign in Egypt, scoring in the 3-2 win over Cameroon.

The 23-year-old says he cannot wait for the new Premier League season to start.

“I’ve had a tournament to remember but you only get a few days off to refresh then switch focus to club football again,” Iwobi told BBC Sport.

“The target and challenge is always the same, it will be a new season but our determination will be to win every game and competition.

“Of course, we want to be better than last season (a fifth-placed finish), where we had some positives by going unbeaten for 22 games in all competitions and the plan will be to stay consistent throughout the season.”

Iwobi joined Arsenal as a nine year old and has come through the club’s Hale End Academy, before breaking into the first team in 2015.

He has a contract with the Gunners until summer 2022 and was quick to dismiss reports in the English media on Sunday linking him with a move away from North London.

“It’s important to just ignore stuff like that and focus on a very important season ahead,” said Iwobi.

“Arsenal is an amazing club, I have been there since primary school and it’s a place I call home and passionate fans who are like family members.

“I’m looking forward to the new season with this great club and hopefully we can make our fans smile at the end of the season.

“As a footballer you’re committed to play for the badge, train alongside fantastic players daily and compete against some of the game’s best every weekend. What more can you ask for.”

Iwobi represented England at under-16, 17 and 18 level before switching allegiance to Nigeria and has made 36 appearances for the West African nation.

He has since produced some stunning rainbow flicks and tricks that has conjured images of his uncle and Nigeria’s legend Austin ‘Jay-Jay’ Okocha in his pomp and showcased his nephew’s undoubted ability.

Despite saying he wants to be his own man, the local media and fans continue to liken him to the former Super Eagles captain, but Iwobi often says he is unbothered.

In October 2015 Iwobi made his debut against DR Congo in a friendly in Belgium and has scored six goals including in the 2-1 friendly defeat by England at Wembley last year.