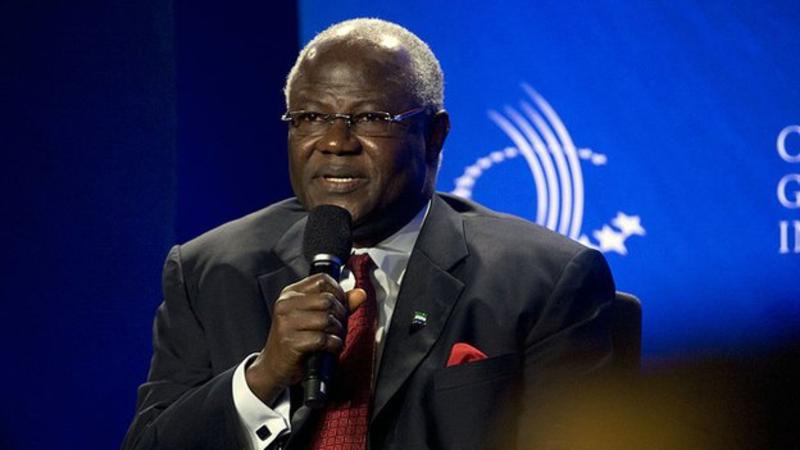 President Ernest Bai Koroma has given Sierra Leone’s football guardians until March 2017 to resolve their differences.

President Koroma waded into the country’s football feud by lashing out against “unproductive squabbles in football”.

Sierra Leone FA (SLFA) president Isha Johansen is locked in a bitter fight with various club administrators, particularly over two issues – her organisational reforms and convening of the SLFA congress.

The SLFA has also not been able to organise a league this year and a breakaway league organised by nine out of 14 Premier League clubs is ongoing.

President Koroma’s comments came during a popular annual football competition carrying his name in his birth place of Makeni at the weekend.

“I’ve been trying to solve the issues for some time… there are no big issues other than, egos and selfish interests,” the Head of State said.

“This should not stop us from looking at the bigger picture which is to promote our talented young men and women.

“I hope the impasse will come to an end very soon.”

President Koroma, who has attempted several times to deal with the malaise infecting his country’s national game, did not say what he would do if nothing has changed by March 2017.

Crucially, though, he warned that no one will be protected by Fifa – a clear reference to Fifa’s stance that government should not interfere in football matters.

The world governing body has made no secret of its backing for Johansen, the only female football president in Africa.

President Koroma said: “Let nobody feel that he or she will continue to enjoy the protection of Fifa because when the Fifa secretary general Fatma Samoura came to Freetown recently, she made it very clear that it’s time the stakeholders of football in the country sat down and sorted out the issues.

“It will be in the interest of the country to do so immediately because we have young talent to develop.”