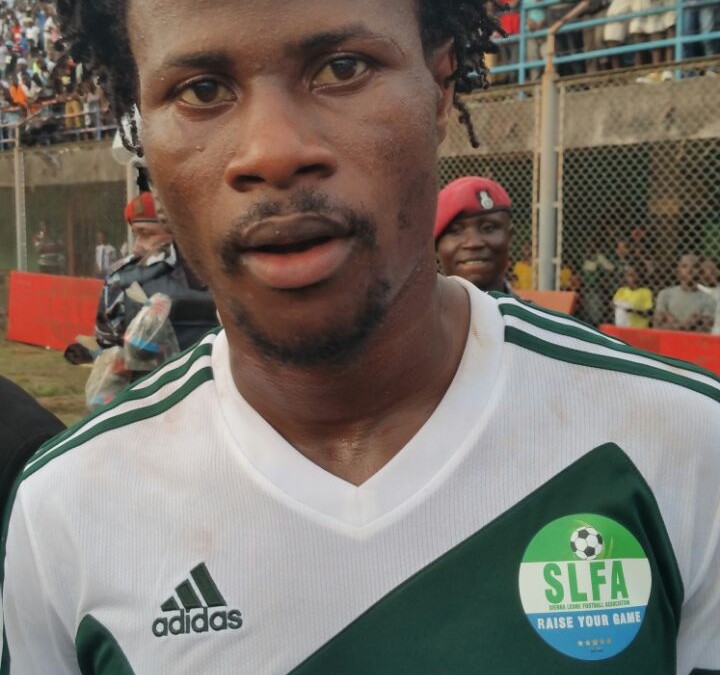 The 18-year old striker is expected to flyout on Wednesday to Sweden from Abuja where he secured a visa.

According to Fofanah’s local agent Chernor Musa Jalloh, he’s expected to arrive in Norrkoping on Thursday and start trials immediately, which will last for at least a month.

“I am confident that Fofanah will do well,” Jalloh told Sierra Leone Football.com.

“He is strong and hard working young player and has a good future ahead of him.” “Wishing him all the best of luck out there.”

Norrkoping had a Sierra Leonean striker Alhaji ‘Andriano’ Kamara who helped them to win the Swedish league in 2015.

There is controversary sorrounding the ownership of Fofanah as both local Premier League Freetown City FC (FCFC) and Division One team Giants of Grassfield are claiming to be his parent club.

He however last played a domestic competition for FCFC.

Fofanah has so far made four appearances for Leone Stars, and has been impressive scoring two goals, one each against Gabon in Franceville and Sudan in Freetown in the 2017 Africa Cup of Nations (AFCON)  qualifiers.

His goal against Sudan which was as a result of a overhead kick has put Leone Stars one step closer to qualify for January’s AFCON finals.

Sheka Fofanah’s goal against Sudan in the AFCON 2017 Qualifier