Sierra Leone players cleared of match-fixing but ‘damage is done’ 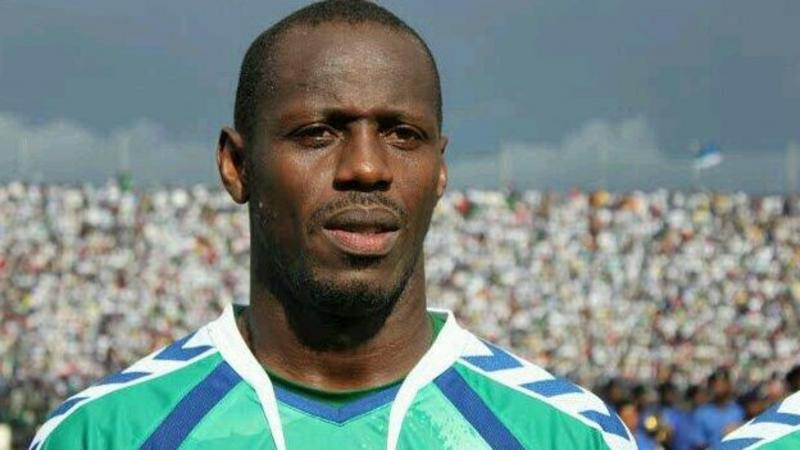 The Sweden-based duo are among those cleared by the Sierra Leone Football Association’s (SLFA) Ethics Committee on Tuesday due to a “lack of enough evidence”.

The pair were among a total of 15 people suspended in July 2014 for alleged match-fixing by the SLFA and the country’s sports ministry, who lifted its ban a year later.

It was claimed they influenced a 2010 joint Africa Cup of Nations and World Cup qualifier against hosts South Africa in 2008 which ended in a goalless draw.

“I shed tears when I received the news because I have always known that I’m innocent,” the 34-year-old Barlay told BBC Sport Africa.

“I welcome the news but I’m not happy because the SLFA has dented my image and as a result my career has been damaged. My good image can’t be restored.

“I’ll never fix a match, I’ll never do such a bad thing to the country I love and I have sacrificed for.

“It’s sad because the decision of the SLFA ethics committee came at the time I have already retired.”

“I took the decision to hang my boot at the end of 2018 because of the damage the match fixing allegation has done to my career.

“My Azerbaijani club Ravan terminated my contract and teams were no longer interested in signing me due to the false allegations.

“Sadly, this is how my country chose to pay me back for all my sacrifice on the pitch for Sierra Leone from under-17 to senior national team level.”

The former midfielder who played in Sweden, Finland and Azerbaijan for several clubs added that he would seek advice on what to do next with the matter.

“I have waited for this day for so long because I’m innocent for what I’m accused of,” the 31-year-old Koroma told BBC Sport Africa.

“I shivered when I received the news that I have been proven innocent.

“I’ve been spending sleepless nights for the past six years because of the false match fixing allegations that have damaged my career.

“Today I’m playing in the lower divisions in Sweden because clubs in the higher divisions are not willing to offer me contract thanks to the match fixing allegations.

“Offers I received from other clubs in other European countries have to be cancelled when they learnt of the allegations.”

He also added that his mental health has suffered because of the allegations.

“I have gone through a lot for the last six years; I have been tortured psychologically, and depressed,” he added.

“I left Sierra Leone to ply my trade in Europe to escape poverty and change the life of my family but the false accusations against me has made me not to achieve my dream.

“I’ll never play again for Leone Stars. I have taken the decision since the day I was suspended on July 15, 2014.”

“The false allegations brought fear in me to play for my national team. Imagine I play and I make a genuine mistake and the opponent team scores what will happen, I know they’ll accuse me again of match fixing.”

“God knows I have given my best for my country. I’m presently seeking advice on what to do regarding the false accusations against me.”

The SLFA Ethics Committee says two other players accused alongside Barlay and Koroma still have questions to answer – USA-based keeper Christian Caulker and former Leone Stars captain Ibrahim Kargbo, who is currently banned from football for life by Fifa.

As well as the players a total of eleven football officials were suspended in 2014, facing similar allegations, five of them have now been cleared.

Among those who have been exonerated by the SLFA Ethics Committee are two former Sierra Leone Premier League Board Chairmen Rodney Michael and Victor Lewis, who is also owner and chairman of East End Tigers.

Michael, who hopes to contest the next SLFA presidential polls, has welcomed the announcement.

“I welcome and appreciate the decision of the ethics committee which is a confirmation of my innocence from the onset,” Michael told BBC Sport Africa.

“The damage done to my reputation locally and internationally is irreparable. My family and I have had to endure intolerable humiliation.

“I take solace that the truth has been revealed and justice has prevailed. Thanks to the SLFA ethics committee for finally ending this seven-year ordeal.

The football association’s ethics committee says that as well as the two players the six remaining officials, including former SLFA administrative secretary Abu Bakarr Kabba, still have questions to answer.

A ninth person, the former national team doctor John Ansumana, has also been included on the list of those still being investigated.

Kabba was handed a five-year ban by Fifa last year after the sport’s world governing body investigated him along with Kargbo and found them guilty of match manipulation.