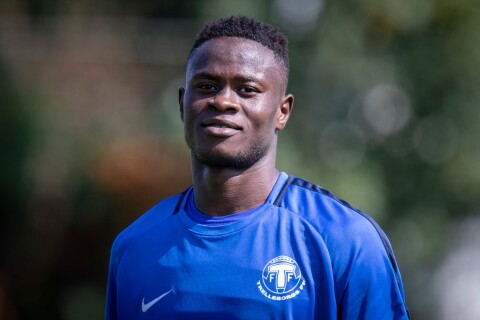 The 19-year-old, who has one international cap so far, is set for his first stint outside of Sierra Leone and has signed a three-and-a-half year contract.

Below culled from Trelleborgs Allehanda

Musa Noah Kamara from Sierra Leone has signed a three-and-a-half-year agreement with TFF. But the club is working on yet another reinforcement of an offensive player before the transfer window closes on Tuesday.
19-year-old striker Musa Noah Kamara has been playing with the club for the past week. He was so impressed that TFF now chooses to sign a long contract with him.

This past season, the 19-year-old has played for East End Lions in his home country of Sierra Leone.

Kamara has made matches for Sierra Leone’s senior national team – his debut came last year – and he has also represented the West African country’s U20 national team.

He visited Sweden last fall when he was invited to test training with Hammarby, without getting a contract.