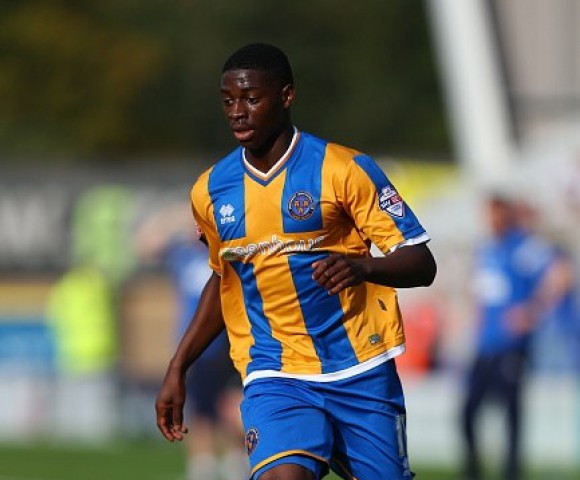 Sierra Leone attacking midfielder Sullay Kaikai has continued his scoring form as he netted a brace for Shrewsbury Town in a 2-2 draw with Bury in the English League One on Saturday.

Kaikai opened the scores in the 16th minute before Tom Soares cancelled it in the 30th minute.

The 20-year old restored their lead to 2-1 three minutes later and Peter Cleark equalised for Bury in the 65th minute.

The goals have taken Kaikai’s tally to four which he netted within eleven days in three straight games.

He has now made four appearances since rejoining Shrewsbury Town on loan for the second time from Cystal Palace last month.

Kaikai was born in London to Sierra Leonean parents.