Teteh Bangura on trials in Sweden 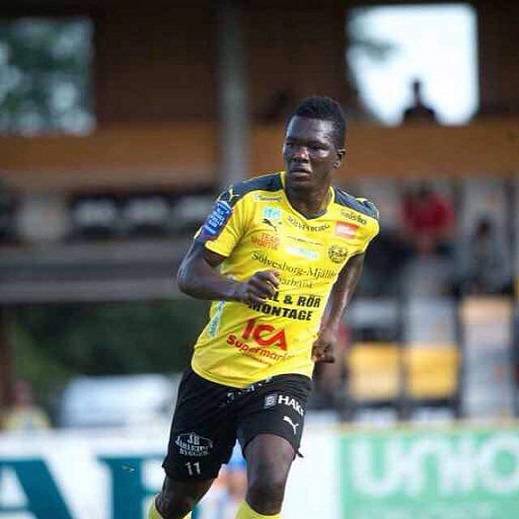 The 26-year old spent lengthy period on the sidelines due to cruciate Ligament injury before he signed a short term contract with Swedish second tier side Mjallby AIF in 2015 in a bid to resurrect his career.

“The most important thing he is injury free and feeling good,” said Jalloh.

He added: “I believe this would be new era for him in his football career and he is determined to do well.

“I wish him good luck. One thing he knows well is scoring goals.”

Bangura is well known in Sweden as he had good time with top tier league side AIK Stockholm where he scored 15 goals in 17 appearances in the first half of the 2012 season before he was brought by Turkish club Bursaspor.

He played in the Swedish lower division where he was spotted by AIK Stockholm.